Pennsylvania Public School Employees’ Retirement System could be the latest LP to take part in a portfolio sale on the secondaries market.

Such sales re-emerged as a force last year with at least 14 large processes closing or in market by the end of 2018.

The $55.6 billion US pension’s board posted an update on its website last month saying it had authorised the sale of interests in “select private markets funds” as long as it achieved at least par for the portfolio.

It’s important to note that no official process is underway, and a PSERS spokeswoman suggested we to check back next month. We’ll be sure to keep readers updated.

PSERS’ motivation for exploring a potential sale comes amid pressure from state bodies, including treasurer Joseph Torsella, for Pennsylvania’s two largest public pension funds to reduce the amount of fees they pay to external managers, especially to private equity. In May, Torsella had said PSERS and its smaller cousin Pennsylvania State Employees’ Retirement System had wasted up to $5.5 billion on investment expenses and that a simple, low-cost passive strategy would have performed “far better” and “saved a fortune”.

If PSERS goes ahead with a sale, it would be following in the footsteps of the California Public Employees’ Retirement System, which has used the secondaries market to cut the number of direct relationships it has with private equity firms as part of its 2011 ‘core 30’ programme (this strategy has been reconsidered somewhat since then). Secondaries sales can generate sizeable chunks of cash for pensions looking to redeploy into lower-cost strategies such as co-investments. CalPERS received $434 million from the sale of fund interests executed in the second half of 2016 alone.

Whether private equity is worth the fees is a topic Private Equity International has tackled previously. On the one hand is the argument that high returns from high quality managers rarely come with low fees. On the other is the notion that private equity managers are engaged in a form of “legalised robbery” through a one-sided compensation system, as Oxford Saïd Business School finance professor Ludovic Phalippou wrote in a Financial Times commentary in August.

The fee debate isn’t contained to Pennsylvania, California or the US for that matter – Australian superannuation funds and asset managers have for some time been under pressure to lower fees paid to underlying managers since the government made it a requirement to report management expense ratios.

For the secondaries market, more fee-reduction-driven sales means more dealflow for a strategy with a voracious appetite. Some buyers will be quietly licking their lips in anticipation of the fee debate spreading further afield. 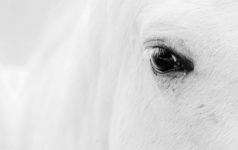