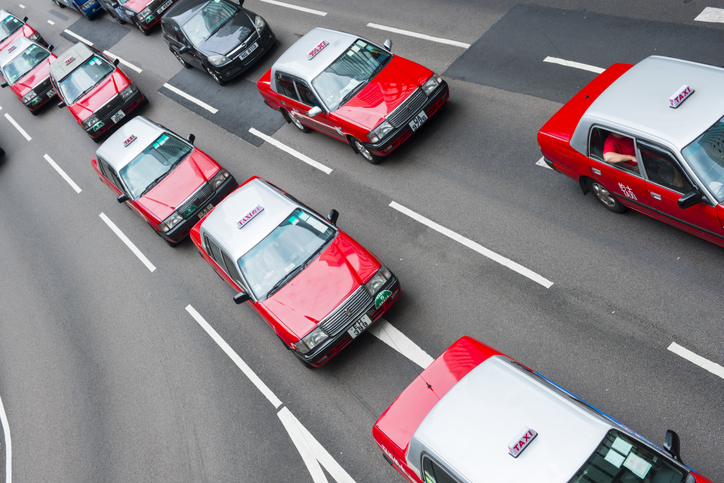 Asia-based placement agents appear to be leaving or moving in-house with increasing frequency during the pandemic, with recent departures from Eaton Partners, MVision Private Equity Advisors and Campbell Lutyens highlighting a trend that could be set to continue.

Private Equity International is aware of at least seven executives from placement agents in the region who have left their respective firms this year, the most recent example being Chris Lerner, former head of Asia and a Shanghai-based global partner at Eaton, who left in August to join an unnamed Chinese GP, and his colleague managing director Jackson Chan, who led the firm’s Hong Kong office, departed to focus on a family office venture.

While in-house fundraising teams are a familiar sight among western firms, the comparative nascence of Asian private equity markets means this process is ongoing for some – and this is driving some placement agent executives to go in-house.

“More GPs in Asia have been looking for senior fundraisers and covid-19 has accelerated that,” Julie Kim, a Hong Kong-based managing director covering alternatives and banking  for executive search firm Wellesley, told PEI, noting that she has placed more than 40 Asia-based candidates into GP fundraising roles over the past four years.

“Asia’s fundraising candidate pools are not as deep as in the US or Europe – it’s very limited. The training that people get at top placement agents is just so valuable; these candidates understand the fundraising process, have a deep understanding of the LP landscape and experience handling multi-varied products and crafting stories, which are all skillsets that GPs require.”

Other departures PEI is aware of include: Dennis Kwan, former managing director in MVision’s Hong Kong office, left in the first half of this year to launch a USD platform at Beijing-headquartered Harvest Investment Management. Also, Aaron Clissold, a Hong Kong-based vice-president at MVision, is understood to have joined Asian special sits firm SSG Capital Management this year.

In October, Conrad Yan, the former vice-chairman of Campbell Lutyens in Asia, joined Albamen Capital Partners, a Chinese investment firm focused on renewable energy and infrastructure. James Lee, a Hong Kong-based principal at PJT Partners, joined US-headquartered Cerberus Capital Management as its head of Korea sometime in 2020, according to his LinkedIn.

Dennis Corcoran and Ye Tian both left Eaton’s private capital unit in 2018 and are now colleagues at Chinese GP Centurium Capital, according to their respective LinkedIn profiles.

A 2018 McKinsey report found that for several functions, including fundraising, larger investment firms must hire proportionally more people than smaller firms. The more established a GP becomes, the greater its need for in-house investor relations staff.

The path from placement agent to GP is well-trodden. Michael Sotirhos, senior managing director in Blackstone‘s institutional client solutions group, spent nine years at Atlantic-Pacific before joining in 2010; Charles Vernudachi, who leads Providence Equity’s European fundraising team, joined from Eaton in 2014; and Carl Nauckhoff, head of investor relations at Investindustrial, spent time at MVision before his appointment in 2009. Each was named in PEI‘s Rainmaker 50 in 2018.

Coronavirus has placed a greater onus on GPs to communicate with investors about the impact to portfolios, and the moratorium on travel that many countries are experiencing also benefits those with dedicated regional staff.

“Head office will come to Asia and cover their Asia LPs once or twice a year but now you need much more hand-holding,” Wellesley’s Kim said. “It’s harder if you don’t have a local presence on the ground.”

As of April, 12 percent of private equity firms expected to increase their fundraising and investor relations teams over the following six months, according to research from recruitment agency PER People. Only investment and portfolio management roles were expected to have larger growth.

“We have seen the maturity and sophistication levels of private equity managers in Asia improve materially over the last 10 years, driven by a strong desire and commitment to engage with stakeholders with best-in-class practices,” said George Maltezos, partner and head of Asia-Pacific for Campbell Lutyens.

When the going gets tough…

PEI spoke to eight current or former Asia-based placement agents in the reporting of this article, seven of whom declined to be named, citing sensitivities.

Some placement agent activities, such as capital introduction and fundraising, have been disproportionately impacted by the pandemic. As of May, just under half of GPs surveyed by PEI said they were expecting delays to the final closes on their funds of more than three months.

“On the primary side it’s very tough,” a Hong Kong-based partner at a global placement agent, told PEI. “A lot of fundraising is delayed, which impacts our receivables.”

“Placement agent income is very much based on fundraising,” a Hong-Kong based funds lawyer told PEI on condition of anonymity, noting that some also advise on other transactions such as co-investments and secondaries to supplement this income.

“The rack rate is 2 percent of whatever they raise, but there’s enormous variation. First-time funds, for example, might pay most in terms of the percentage of funds raised.”

This valuable source of income is at least partially diminished as a result of coronavirus. As of August, almost 90 percent of emerging managers believed the pandemic would make fundraising at least moderately more challenging, while 66 percent said it would become “a lot” or “a great deal” more difficult, according to the latest Emerging Manager Survey conducted by sister publication Buyouts.

Asia’s largest managers have benefited from a global flight to safety. Funds targeting the region closed on $36.6 billion in the first three quarters of 2020, with MBK Partners, Baring Private Equity Asia and CVC Capital Partners accounting for more than $17 billion between them.

“It’s an eat-what-you-kill business,” said a Hong Kong-based managing director at a placement firm. “First-quartile GPs are raising easily but if your business model is charging higher fees to raise more challenging funds, such as emerging managers, that’s a tough place to be right now.”

…the tough get going

Moving from a placement agent to a GP could be more appealing during the pandemic, not least because of the economic prospects.

“Senior fundraisers at reputable GPs often get paid just like investment professionals with meaningful carry and co-investment opportunities, which you just don’t get at a placement agent,” Wellesley’s Kim added.

“Within a GP there is an ability to generate meaningful and consistent economics over time, whereas at placement agents the economics can be more variable and subject to the broader fundraising environment and risk appetite of LPs.’’

In-house fundraising professionals might also be under less pressure to raise new capital given that firms often return to market every few years.

“People I know who’ve made the switch would say it’s a lifestyle trade,” the Hong Kong managing director added.

Of course, not all leavers have moved in-house: Chan and Kim from Probitas, and Chan from Eaton being prime examples. For senior executives who have spent decades raising funds, the decision to leave could be as much personal as professional.

“The opportunity cost of leaving is now much lower because everyone can look at their book and know what they can expect to be paid at the end of the year,” said an executive who formerly served as a placement agent in Hong Kong. “A lot of senior people are looking for something new and it’s a good time to move.”