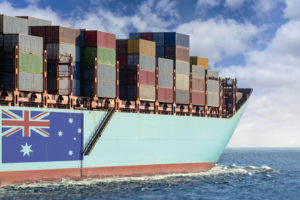 A former director at Olympus Capital Asia is seeking $100 million to invest in Australian health and wellness companies, Private Equity International has learned.

Alex Wu co-founded Australia and Hong Kong-based Cortina Capital in October, according to a source with knowledge of the matter. Wu was most recently a managing director of multi-family office platform Isola Capital and spent six years at Hong Kong’s Olympus before his departure in 2013, according to his LinkedIn profile which lists him as Cortina’s chief executive.

It is understood the firm is expecting to hold a first close on Cortina Capital Partners Fund I on up to $25 million in the fourth quarter of this year. Cortina will commit 1 percent of the fund at first close and is expected to increase the GP contribution over time as its founders receive distributions from prior fund investments.

It will charge a 2 percent management fee and 20 percent carried interest after an 8 percent hurdle.

Fund I is targeting either an internal rate of return above 25 percent over three to four years or a 3x multiple of invested capital, according to marketing documents for the fund seen by PEI. It is raising capital in US and Australian dollars from high-net-worth individuals, family offices and institutions in Australia and Greater China.

The strategy is comparable with that of Wattle Hill RHC, which also raises capital from domestic and Chinese investors to back Antipodean companies offering “clean, green and safe” products and services that benefit from Asian growth.

Cortina joins a host of emerging Australian managers. Adamantem Capital, founded in 2016 by a pair of former dealmakers at Pacific Equity Partners, has raised A$600 million ($405 million; €368 million) for its debut fund and tech specialist Potentia Capital held a first close on its debut fund on A$180 million in July.

Congestion in the larger end of the market has prompted Australian investment activity to plummet this year amid competition for assets and soaring deal values. Seven of the 20 largest private equity transactions over the past five years were completed in 2018 or later, with two of the top five occurring this year.