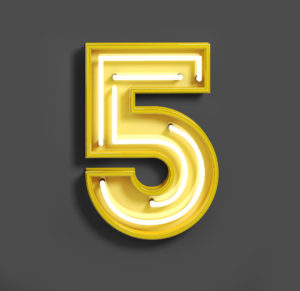 When you have one of private equity’s most recognisable names claiming that now is the “best time to be investing in emerging markets”, the world’s investors can’t help but sit up and take notice.

Speaking at an International Finance Corporation and EMPEA conference this year, Carlyle co-founder David Rubenstein said the “bloom is off the rose” of emerging markets: returns had not exceeded those of more developed markets and investors are questioning why they would take on the higher risks many perceive developing economies to have.

Rubenstein may have been speaking just as Carlyle was launching its latest Africa fund, but the fact he said he was investing some of his personal wealth in emerging markets will lead many LPs and, potentially, GPs to wonder whether they should follow his lead.

Funding clearly pulled away from emerging market strategies between 2013 and 2017 as issues related to currency devaluations in markets such as Brazil and Nigeria, as well as concerns around exits, dampened investor enthusiasm. And it’s precisely this that has attracted Rubenstein’s attention.

The past 18 months has seen renewed interest among institutional investors: in 2018, of the capital raised globally, 18 percent went to emerging markets and in H1 2019, this had risen to 19 percent – the highest proportion since 2012, according to EMPEA figures. Indeed, in 2018, the amount raised by emerging markets funds totalled $93 billion, exceeding Western Europe’s $62.4 billion.

Our Emerging Markets special – published this month – explores where this capital is heading:

Good morning, Vietnam: Vietnam has emerged as the biggest winner from US-Sino trade tensions over the past 18 months – a fact that hasn’t been lost on private equity firms. Deal activity and foreign direct investment has skyrocketed since the start of last year as investors look to access the increased spending power likely to result from Vietnam’s manufacturing surge.

CEE change: Private equity activity is on the rise in Central & Eastern Europe, driven in part by the emergence of local family offices and investor groups providing stiff competition for established firms. We take a closer look at three homegrown LPs, including Czech/Slovak financial conglomerate Penta Investments, that are making their mark in the region.

Russia: out in the cold: At first glance, Russian private equity appears to be ticking along, but a closer look at the figures reveals that most activity in recent years has been state-led. Western investors have retrenched following the introduction of international sanctions. The sudden arrest of Baring Vostok founder Michael Calvey in February has further damaged its standing as a destination for Western capital. For the country’s remaining private firms, the fundraising future lies to the East.

Egypt rebuilds: Egypt has been slow to recover from the Arab Spring but there are early signs that investor appetite is returning. Three firms raised $143 million between them last year and two more are mulling a launch in the near future, fuelled in part by recent business reforms, falling unemployment and the highest real GDP growth in a decade.