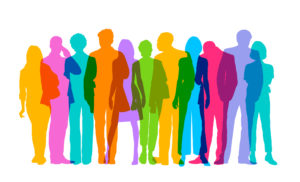 Private equity firms should prioritise candidates from underrepresented groups in order to boost diversity, said a senior partner with Hg.

“You’re trying to unbalance however many millennia of bias and probably still some unconscious bias,” said Nic Humphries, appearing on a panel at PEI‘s Women in Private Equity Forum on Tuesday. “The only way you can realistically counterbalance that huge history…is to positively give it a nudge in the right direction.”

The mid-market buyout shop hired a recruitment firm to help it achieve a 50/50 gender balance but the firm kept coming back with majority male lists. Humphries had to find female candidates online and contact them directly to achieve the goal. “It’s just too easy for search firms to deliver 80 percent male candidates and 20 percent female, so that’s what they do.”

“Positive discrimination has a negative connotation,” added Deborah Zurkow, global head of investments at AllianzGI. “Actually, what we’re saying is that employers are becoming more discriminating to the extent that one of the key criteria is diversity of experience. We’re not discriminating against anything, we’re looking for something.”

Women make up just 6 percent of private equity decision-makers while woman-led businesses in the US and Europe account for just 2.2 percent of all PE-backed firms, Eurazeo chief executive Virginie Morgon said in January, citing data from Harvard Business School.

The question of diversity forms a major part of due diligence for only 23 percent of LPs, according to PEI’s 2019 LP Perspectives Survey.