India private equity has been historically dependent on international and offshore capital, but that is changing, adds Garg. “There are a lot of domestic financial institutions that have large programmes backing funds, an example of which is the government’s INR 100 billion ($1.5 billion; €1.3 billion) fund of funds managed by Small Industries Development Bank of India (SIDBI).

As of April 2017, SIDBI has backed 88 funds with venture capital strategies including those managed by ICICI Venture, Paragon Partners and Multiples Alternate Asset Management, SIDBI said on its website.

Aside from domestic financial institutions, Garg also observes increasing interest among strategic and corporate investors that have taken an active interest in backing India-focused funds, as well as US, European and Asian family offices that have started experimenting with funds before getting into direct investing.

Garg points out that a lot of investor capital that’s available for smaller-sized funds has dried away. “It is the large pensions and endowments who have an allocation to emerging markets, and within that an allocation to India, and then into India-focused funds, that are still looking closely at the country,” she points out.

“Most of these large limited partners are however giving out larger cheques, say a minimum of $50 million, which makes it more difficult for smaller funds with a $200 million target.”

India’s private equity market may have suffered from a period of lacklustre returns, lack of liquidity and an uncertain macro environment, but the country still continues to be an attractive investment destination. Funds allocated to India increased by 8 percent over the previous year compared with 2015, data from Bain & Company show. India-focused funds raised a total of $4 billion in 2016 and now carry approximately $9 billion of dry powder.

Garg highlights: “I think LPs need to take a step back and introspect on their decision-making instead of penalising the India private equity market because of its underperformance. India private equity is still extremely young and has seen just two fundraising cycles and one full investment cycle. We need to look at the long-term potential of this market, recognise that it’s a long-term market, and that we can’t expect results to come by in three years.”

IFC, the private investment arm of the World Bank Group, has committed over $15 billion in India since its first investment in 1958 across sectors such as financial inclusion, logistics, consumer and infrastructure. The investor manages an active private equity funds portfolio of around $740 million in the country. It has backed funds managed by Multiples Alternate Asset Management, Lighthouse Funds and Everstone Capital, according to PEI data. 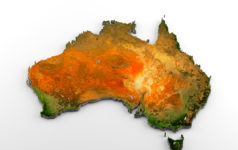