Collaborative investing – or direct equity partnerships – is gaining ground among sovereign wealth funds. For the €8.9 billion Ireland Strategic Investment Fund it is “the life” of its existence.

Speaking on Thursday at the International Fund of Sovereign Wealth Funds annual review launch in London, Eugene O’Callaghan, director of ISIF, said the SWF had to employ a wide variety of partnership-type relationships to deliver its mandate of supporting economic activity and employment in Ireland.

“All these partnerships come in all shapes and sizes, but ultimately enable us to deliver our mandate,” O’Callaghan said. “This would be impossible for us to do on our own. Partnerships are critical to our being. In a sense, it is life for us, investing alongside our partners.”

He added that partnership investing adds more than capital but also skills and general strength and resilience to an enterprise. ISIF’s running ratio is 1.8:1 of co-investment capital to its own money, O’Callaghan said.

ISIF was set up at the end of 2014 and is managed and controlled by the National Treasury Management Agency, a sovereign development fund. Ireland’s Ministry of Finance refined ISIF’s mandate in February to focus on five priority themes: regional development, housing, indigenous businesses, climate change and supporting the adverse effects of Brexit.

The SWF’s most high profile partnership is its growth technology funds with the $940 billion China Investment Corporation. The pair set up their second China-Ireland Growth Technology Fund II in March last year with €150 million to back Irish growth technology companies that want to access the Chinese market. Capital from the fund will also be invested in Chinese companies that would like to enter the European market and use Ireland as a base.

ISIF also has partnerships with corporates, asset managers and public local authorities, such as the €100 million Glanbia MilkFlex Fund, set up last year alongside Rabobank, Glanbia Co-operative Society and Finance Ireland. The fund offers competitively priced loans to Glanbia milk suppliers with loan repayments which can vary according to movements in milk price.

According to industry body International Forum of Sovereign Wealth Funds’ 2018 annual review, partnership investing reached a high last year as SWFs completed 211 investments in private equity, real estate and infrastructure as part of consortia, compared with 92 deals completed as a solo investors in both public and private markets. This trend has risen in recent years as a response to diversify their portfolios and to mitigate additional risk, the report noted.

Co-investment partnerships have helped ISIF get more bang for its buck, O’Callaghan said.

“There is also less of our capital needed in order to generate the economic impact that we are looking for,” he added.

ISIF mainly invests in venture capital and growth equity funds in Western Europe. The SWF has backed funds managed by Dublin-based venture fund Fountain Healthcare Partners, growth equity firm Atlantic Bridge and San Diego-based Finistere Ventures, according to PEI data. It committed a total of €772 million in 2018 in fund commitments and direct deals, according to its H1 2018 Economic Impact Report. 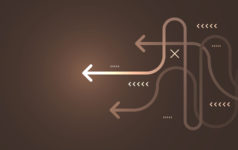 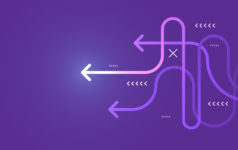