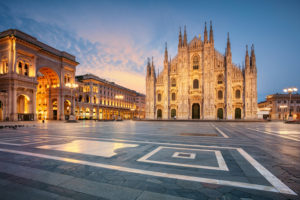 Wise SGR, an Italian lower mid-market firm, has held a first and final close on its latest fund on its €260 million hard-cap, Private Equity International has learned.

The firm began raising capital for Wisequity V in June and received commitments from existing and new investors.

The firm had brought on a few additional Italian LPs for its latest vehicle, who had been underrepresented as an LP group in its earlier funds, Semenzato added. The investor base includes pension funds, insurance companies, funds of funds and family offices.

Fund V follows the same strategy as Wise’s previous vehicles, targeting companies with annual revenues of between €50 million and €70 million in Italy’s industrials sectors, employing a buy-and-build strategy for each. The firm expects to complete at least one transaction by year-end, Semenzato said.

Fund V is about 20 percent larger than its predecessor Wisequity IV, which raised €215 million in March 2016.

Private equity investment activity in Italy has seen an uptick in recent years, from €4.9 billion in 2017 to €9.8 billion in 2018, according to the Italian Private Equity and Venture Capital Association. Buyouts accounted for more than 50 percent of all investments, followed by infrastructure at 30 percent and expansion capital at 8 percent. Early stage and turnaround investments made up the remaining 12 percent.

“In terms of appetite to invest in Italy, you will always have two categories of people: those who consider the country a riskier place to invest and those who are contrarians and realise that there is less competition in the market,” said Semenzato.