KKR was established in 1976 by Henry Kravis and George Roberts, headquartered in New York. With interest in KKR’s American private equity business growing, development in the European markets began in 1998 with the opening of a London office. 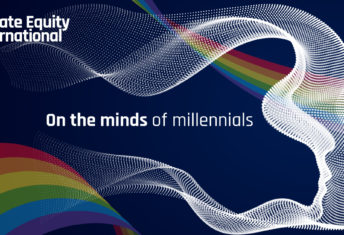 Evie Rusman|Mina Tumay
-
12 January 2023
In this second episode of our On the Minds of Millennials miniseries, Advent International’s Christina Drakos and KKR’s Brandon Donnenfeld discuss what it was like to come out in the industry, and how PE can truly support the LGBTQ+ community.

Employee Ownership Programmes: How do they affect returns for LPs?

How KKR is thinking about the geopolitical landscape in 2022

KKR to launch democratised products for PE and infrastructure

View all KKR funds in market >

KKR’s expansion continued as the firm entered the Asian market in 2007 – Hong Kong and Tokyo branches opened this year – and the Middle East in 2009 – with the launch of the Dubai office. KKR’s deep commitment to Latin American investment was cemented in 2013 as the firm opened its São Paulo branch.