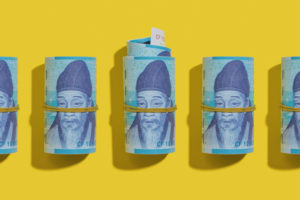 The Seoul-headquartered manager secured investor approval to increase the hard-cap on Asia Growth Fund II to 550 billion won ($466 million; €401 million) from its initial limit of 500 billion won, according to a source with knowledge of the matter.

STIC is expected to hold the final close on the fund next month, the source added. If it reaches the hard-cap, Fund II will be about 74 percent larger than its 2018-vintage predecessor. STIC declined to comment.

The latest fundraise comes ahead of a reverse merger with STIC’s parent company, Digital Power Communications, in December, according to a Korean-language company filing from last week. After the merger, DPC will be renamed STIC Investments and the manufacturing side of the business will be sold, the Korea Herald reported.

STIC’s decision to go public is unlikely to have a material impact on its reporting activity. As a subsidiary of a company listed on Korea Exchange’s main board, KOSPI, the firm has already been required to disclose more details than the typical private equity manager.

Though it is rare for a buyout shop to list in Korea – or even Asia more broadly – the country is home to a handful of public venture capital firms, including Mirae Asset Venture Investment and Company K Partners.

Its 2016-vintage predecessor, which raised about 603 billion won, is understood to have generated a 2.5x multiple of invested capital to date and a 30 percent gross internal rate of return.

China’s Asian Infrastructure Investment Bank is understood to be the only international investor to have backed the firm’s funds to date, though STIC had aspired to raise overseas capital for SSF II, PEI reported in 2019.

Korean private equity was boosted last month by the results of a lengthy dispute involving a consortium of investors and their portfolio company. The ICC International Court of Arbitration in Paris ruled that a put right enabling the group – led by Affinity Equity Partners – to sell their shares in Kyobo Life Insurance back to the company’s chairman was valid.

While the dispute will remain ongoing until the two parties agree on a price, the ICC’s decision could have significant implications. Put rights are common exit routes for minority buyers in Asia and have also been used in Europe, according to a Q1 update from law firm Weil, Gotshal & Manges. Rendering the option invalid may set a dangerous precedent for other portfolio company owners unwilling to honour these agreements.

Some 218 Korean private equity funds raised 17.9 trillion won in 2020, up from 15.6 trillion won across 206 the previous year. Most of these funds are managed by small mom-and-pop shops that typically raise capital from domestic retail investors.