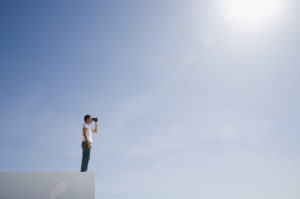 Limited partners in North America and Europe are expecting more capital to be returned to them in the coming months against a backdrop of a rosier exit environment, according to research by placement and advisory firm Rede Partners.

Rede’s 2H 2019 Liquidity Index reveals that expectations for distributions picked up from 47 points in the first half of the year to 52 in the second half. A score above 50 shows an improvement in sentiment, while one below 50 marks a decline and 50 indicates no change.

The report found North American LPs, particularly endowments and foundations in the region, to be the most bullish on distributions.

The first half of the year saw a challenging global economic environment, with the macro picture little changed going into the second half of the year. Nevertheless, Gabrielle Joseph, head of due diligence and client development at Rede, told Private Equity International that LPs saw strong performance and deployment among North American GPs, as well as a pick-up in the exit market.

European LPs, meanwhile, expected a modest contraction in distribution flow over the next six to 12 months, having dropped one point to 47 in the second half of the year.

“We are seeing expectations from UK and European LPs hold steady across various RLI sub-indicators,” Joseph said. “This means they’ve had macro concerns baked in over time and we think it’s encouraging that they are showing resilience to some of the macro concerns we are seeing.”

On new manager relationships, LPs in Europe expected fairly strong growth in deployment to new managers (62 points) – compared with LPs in North America (55 points) – as they seek to bolster their maturing investment programmes with emerging or more specialist managers.

“This speaks to the ongoing appetite of the largest LPs who co-invest alongside their trusted GPs,” Joseph said. “We see that as part of their efforts to rationalise the economic model of private equity, where co-investments help them defray some of the high costs that they are incurring in their PE programme through management fees and carry.”