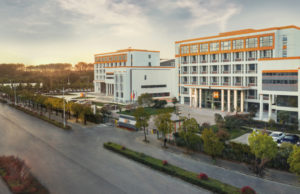 Following its initial investment, Asia Green Fund worked with the company to support its market expansion and business development efforts, including making introductions to strategic partners. It also helped Huitongda to introduce green products, such as rooftop photovoltaic systems and electric pickup trucks to rural families.

Asia Green Fund provided recommendations to help the e-commerce platform recruit senior executive talent and, through its seat on the board, assisted management with the design of company-wide development strategies.

In addition, the private equity firm offered PR support, helping the company gain exposure and position itself within the market. This included highlighting the role the platform could play in rural development, which has been a priority for the Chinese government.

Finally, Asia Green Fund assisted the company in the evaluation of possible IPO opportunities, including in areas such as adviser and underwriter selection, preliminary IPO processes and timetable evaluation, and tracking capital markets policies.

Asia Green Fund partially exited the company in early 2021, generating a 2x multiple. In May, Bloomberg reported that Huitongda, which has also received backing from the likes of e-commerce giant Alibaba, is considering listing on the Hong Kong Stock Exchange.

During Asia Green Fund’s investment period, employee numbers at the e-commerce platform doubled from approximately 2,000 to more than 5,000. It also extended its footprint within China – at entry, the company had a presence in 17 provinces and at exit it had expanded into 21 provinces.

Today, Huitongda serves more than 140,000 member stores with a gross merchandise value of over 400 billion yuan. Over the last few years it has expanded into more product categories, including consumer electronics and agricultural means of production.

The judging panel noted the growth Huitongda has achieved and the role it plays in supporting China’s rural communities.