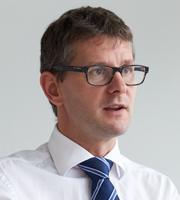 Russia and the former Commonwealth of Independent States is the least attractive emerging market for GPs, according to global LPs who voted in EMPEA’s survey.

Fundraising for Central and Eastern Europe, including Russia, has dropped off significantly since its peak in 2013, when $11.2 billion was raised by 14 funds. Last year three funds amassed just $230 million. So far in 2016, $2.32 billion has been raised by two funds, $2.2 billion of which was for General Atlantic Partners Bermuda III.

Adveq has backed Russia-focused private equity funds, and has been “pretty pleased with them”, but views the country as a “challenging market”, says Tim Creed, managing director and head of the firm’s Europe programme.

“It’s a challenging market with all the political and regulatory challenges,” he says. “The managers that are really experienced and focused on the market have shown that they’re able to navigate their way through some of the challenges. But there’s not many managers with that skillset.”

In an op-ed published by PEI in June, Anton Sitnikov, a partner and head of corporate/M&A at Goltsblat BLP based in Moscow, wrote that while a “huge surge” in activity in Russia could never have been expected while sanctions resulting from the Ukraine crisis remain in place, “the level of private equity activity in Russia remains surprisingly low”.

“Local players dominate the industry. Where there has been interest from overseas investors in Russia, including from China, India and other eastern jurisdictions, it has been from predominantly strategic investors rather than private equity.”

Sitnikov highlighted two factors behind the lack of appetite from private equity: a mismatch between buyer and seller price expectations; and foreign exchange risk.

Kishan Pandey, deputy chief executive and chief risk officer at the Russian Direct Investment Fund, says international investors have been surprised by how the Russian economy has been able to handle recent geopolitical events. “Initially people thought there would be a lot of distress, which there is not. Some companies’ balance sheets were stressed but not all,” he says. “Good assets continue to demand a fair price.”

RDIF insists there is light on the horizon. The $10 billion fund set up by the Russian government to invest in domestic projects and secure co-investments from foreign investors has made a raft of deals in the last year. These include a Russian pharmaceutical company, a healthcare public-to-private partnership project with an Italian construction company, an agreement to co-invest with Middle Eastern funds in Russian Helicopters and a project to create a centre for medical robots.

Pandey highlights opportunities in the agriculture, manufacturing and infrastructure sectors as particularly promising, and says he is expecting international investors to return to Russia in 2017.

“Next year everybody’s predicting economic growth for the country,” he says. “We had recent meetings and visits from big players who are coming back in and scouting the market and looking at hard assets and some businesses of size. We have been pretty busy with visits from people both from Europe and US.”