Two giants of 'fantasy sports', FanDuel, which counts KKR among its roster of investors, and DraftKings, merged in November.

The deal got First Round thinking about fantasy football, a game in which you are typically allocated a notional budget of many millions to spend on creating a dream team. For a select few in the upper echelons of the private equity universe, this is no fantasy. If you are looking for an asset that confers status, then a sports franchise is nearly up there with the wing of an art gallery or an original copy of the Magna Carta.

This time last year South London-based Crystal Palace FC – the Eagles – received an investment from Apollo Global Management's Joshua Harris and Blackstone's David Blitzer. This is by no means the first dalliance private equity professionals have had with 'the beautiful game'; Tom Hicks (founder of HM Capital Partners) had a stormy eight-year spell as co-owner of Liverpool that ended in October 2015. 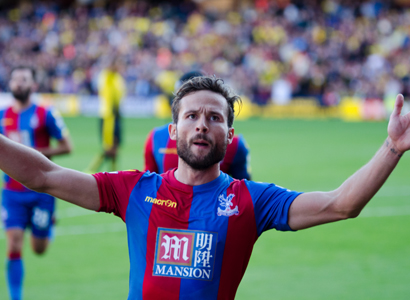 Palace was only recently promoted to the top flight of English football, and after some initial glory – a cup final appearance against Manchester United in May 2016 – the club has struggled. It sits in 16th in the Premier League, and in late November, it had the worst points per game return of any team in all four leagues of English football, according to statistics compiler Opta.

It's an equally mixed picture across Blitzer and Harris's other franchises. At press time, the NHL's New Jersey Devils had lost their last three games, while the Philadelphia 76ers in the NBA had just hit their first winning streak having previously gone 108 games without winning two in a row.

If you're looking for consistency in performance, it seems you're better off following the two firms Harris and Blitzer helped build. As of October, Apollo was on track to put more capital to work this year than ever before and Blackstone is riding high at the top of the industry's most important league table: the PEI 300.