First Round has spent its life cutting through spin. Aside from PR storytelling, there is another type of spin we enjoy.

Private equity executives gathered at Spin in New York City, the ping pong club owned by actress Susan Sarandon, for a charity tournament organised by Royal Bank of Canada that brought together some of the biggest firms in the industry including Blackstone, Apollo Global Management and Silver Lake Partners. 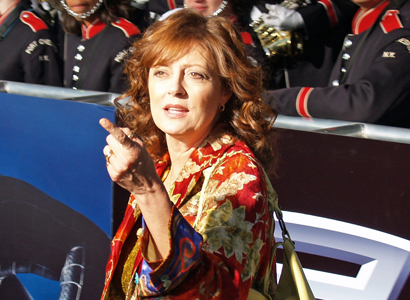 The organiser, Matthew Stopnik, co-head of US financial sponsors at RBC Capital Markets, pitched his idea to his boss when he joined in 2014, to entertain his clients and raise money for youth charities.

He was quoted by Bloomberg saying that he picked the table-top sport because people in the industry are “type A, highly competitive”, and “everybody knows how to play ping pong”.

That evening, the spotlight shined on Ngo Lu, the chief technology officer at AEA Investors, which focuses on private equity and debt investments in the mid-market. Lu, the grandson of a billiards and ping pong hall proprietor, began playing the sport in his native Vietnam as a child. This year, he beat reigning champion Stephen Eisenstein, senior managing partner at Harvest Partners, WSJ reported.

Lu will make a $25,000 donation to the youth-focused non-profit of his choice, while RBC collected more than $200,000 to distribute between four organisations focused on at-risk youth in New York City.

The other highlight of the night, according to Bloomberg: when a frustrated Tyler Gordon of Apollo landed his ball in colleague Dan Barzach's beer glass. It is unclear whether Barzach observed official beer pong rules to drain his glass.

This is the kind of good-news spin First Round is all too happy to swallow.