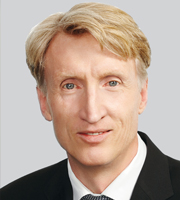 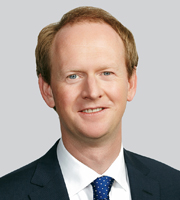 Germany’s strong economic performance in recent years has made it an interesting market for the global private equity (PE) industry – both in terms of offering up attractive aquisition targets as well as providing potential limited partners keen to commit to the asset class.

With this heightened interest, it is important for foreign private equity fund managers to understand the specific issues relating to them as German initiatiors and to German investors.

The following article highlights the German income tax consequences of such PE fund investments. These tax consequences are based on the assumption that a foreign private equity fund is comparable with a German partnership and, in addition, is not subject to the German Investment Tax Act. We will also examine the German tax compliance consequences for both German investors and German initiators.

FOREIGN FUND ISSUES
The German partnership taxation concept is comparable to the US system and is based on transparent taxation, i.e. the qualification of the income of the PE fund determines the tax rate of the partners, as the income will be taxed at their individual levels.

If the PE fund is qualified as private asset management, the interest income of a private individual investor will be taxed at the rate of approximately 26 percent. This tax rate also applies to dividend and capital gains from the disposal of shares.

For corporate investors, the above-mentioned tax consequences apply with regard to the corporate income tax. However, there is no trade tax levied on any profits from a foreign trading or business partnership.

The qualification as business/trading or private asset management partnership has one further aspect to discuss. If a fund is qualified as being in business, the risk increases that it may be considered to have a permanent establishment in Germany. This could be the case if relevant management decisions or administrative activities are performed in Germany. As a consequence, all investors – regardless of their place of residence and tax treaties – will be required to file tax returns and are subject to income taxation in Germany. In addition, the PE fund as such will become subject to trade tax of approximately 15 percent. Especially regarding the current Base Erosion and Profit Shifting discussions, this aspect should be carefully taken into account and constantly monitored.

The criteria for the qualification of a fund as a commercial business is outlined in a separate decree issued by the German Ministry of Finance, dated December 16, 2003. The qualification test foresees eight criteria under which a fund is qualified as a commercial business, taking into account the complete picture. When performing this qualification, German tax law applies the substance-over-form approach, i.e. the factual circumstances rather than legal agreements are relevant.

CARRY TAX CONCERNS
The tax treatment of carried interest derived from limited partnerships (at the initiators’ level) has some differences to the scenario outlined above. For German tax purposes, carried interest is treated as service income from self-employment, which is taxed at the individual’s personal rate of up to 48 percent. Special tax exemption for income from carried interest in the amount of 40 percent is possible, if the following criteria are fulfilled:

*The carried interest must be routed from the fund to the individual carry holder through a partnership structure (tax-transparent).

*Neither the fund nor the carry vehicle may conduct a business activity.

*Full repayment: the fund has fully repaid the respective commitments to the investors (claw-back clauses for deal-by-deal carry may be acceptable).

DOMESTIC COMPLIANCE CONSEQUENCES
If a foreign partnership has more than one German partner, the fund, respectively the German partners, must file a German tax return, the so-called uniform and separate assessment of taxes. A common practical solution is that the general partner files the declaration on behalf of all respective partners. The declaration shall separately and uniformly determine the income (tax object) for each and every partner (tax subject). The tax year is the calendar year. Annual tax returns must be filed by May 31 of the year following the tax year. However, an extension to December 31 of the year following the tax year is usually granted.

Additionally, the foreign PE fund might need to file a declaration as a so-called controlled foreign corporation (CFC) due to the German Foreign Tax Act. This applies if a corporate entity, in which the foreign PE fund invests, mainly receives so-called low-taxed passive income (i.e. income not derived from active trade or business, such as interest or royalty income) which is taxed at a rate of less than 25 percent.

In case a corporate entity (held by the PE fund) located in an EU member state carries out a repayment of capital, e.g. in course of a liquidation, such repayment would not be qualified as a taxable dividend distribution, if the corporate entity paying the dividend retains a tax certificate according to article 27 paragraph 28 of the CITA. Such certificate will be issued by the German Federal Central Tax Office once the respective application is filed in due time and form. It should be noted that this application is quite challenöging and the tax authorities have set up burdensome requirements for a successful application.

Michael Best and Peter Peschke are partners and tax advisors at P+P Munich and can be reached by writing to michael.best@pplaw.com or peter.peschke@pplaw.com

This article is sponsored by P+P Pollath + Partners. It appeared in the Perspectives 2017 supplement published with Private Equity International in December 2016.