On the first Monday of every month, 3i's private equity partners meet in London to run through investments, realisations, portfolio management and any other business. For Menno Antal, one of the two co-heads of private equity, it means a hop over from Amsterdam to convene with Alan Giddins, his London-based counterpart.

Six years ago, the team was too disparate to pull together every month. Private equity did not exist as a single unit; there was a buyout division investing across Europe and Asia and a separate growth capital unit investing across North America, Europe and Asia. Between the two units, there were 46 partners spread across the world.

Today there are only 16 private equity partners and the firm operates with a dramatically narrowed focus.

As part of the evolution of the entire listed group – of which private equity is just a part, albeit the largest – the team has trimmed its ambitions to companies headquartered in Europe and North America and has stopped investing in healthcare and technology, media and telecoms. It now focuses on just three core sectors: business services, consumer and industrial. In 2010, 3i had 113 portfolio companies. Today it has fewer than 50.

During that time, the firm parted company with 29 partners and 80 executives. Going through this period of downsizing was, as Menno Antal tells PEI, “not nice”. However, he explains, pushing through that difficult period meant that the partners and executives who stayed on feel a bond.

A number of the departures were natural consequences of the firm's exit from healthcare and TMT, and its move away from emerging markets, which meant some offices were shut down.

Antal and Giddins whittled down the remaining team by assessing the investment professionals based first on their track record – as “there had been some mistakes in 2006 and 2007”, says Antal – and then on cultural fit. Those that qualified in the latter category had demonstrated a willingness to collaborate with colleagues on an international basis, rather than operate as a fragmented selection of country teams. They were also “people people”, with the desire to go out and meet management teams and entrepreneurs.

“You have to be likeable: we want people to want to work with us again,” says Antal. 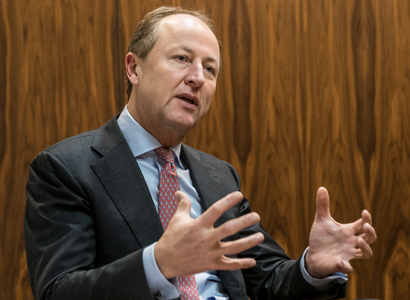 Antal and Giddins can point to a rosy recent track record of realisations and portfolio growth as evidence that the transformation has worked.

In the six months to September 2016 – when the most recent results were issued – the firm realised £654 million in proceeds from its private equity portfolio at an average money multiple of 2.3x. For the past three years it has generated on average £750 million in cash proceeds a year.

One of the highlights of that six-month period was the €400 million IPO of Basic-Fit, a 'value for money' gym operator in Europe that the firm had acquired in 2013. The offering generated cash proceeds of £82 million ($101 million; €95 million) – 1.1x on 3i's investment – and valued its remaining stake at £195 million, equating to a total return of 3.5x.

The jewel in the firm's private equity crown, however, is its largest portfolio company, Dutch discount retailer Action. 3i invested in the company in 2011 from its fifth buyout fund. In its results that year, it valued its holding in Action at £143 million. The company then had 275 stores.

Five years and several large refinancings later, the retailer has more than 790 stores. In September 2016, the firm valued it at £1.55 billion. It now accounts for 36 percent of the private equity portfolio by value.

Since 2013, 3i has been making private equity investments using its balance sheet capital and bringing in co-investors when appropriate. The last fund it raised from limited partners was the 2006-vintage €5 billion Eurofund V.

The fund has been, according to one investor, very much “a game of two halves”, with investments made between 2006 and 2008 performing poorly and those made after the global financial crisis proving very successful.

“That fund had a very deep J-curve,” says Graeme Gunn, partner at SL Capital Partners, an LP in Fund V that subsequently co-invested alongside 3i on two investments, including Basic-Fit.

“We put a lot of faith in people who stick at it and we are currently looking at a strong overall performance compared with what was one of the toughest vintages,” says Gunn.

Antal says the fund is now sitting at 1.95x. “Our forecast is to significantly grow that further,” he says.

While the portfolio of Fund V is very much front of mind for Antal and Giddins, it is also in many ways a remnant of the old 3i. The firm has not raised external capital since and – according to the two men – will not do so for the foreseeable future.

“The rationale for raising a fund is if you are in any way capital constrained,” says Giddins. “I think for the foreseeable future, 3i has a very long balance sheet and there is limited rationale for us to raise third-party capital if we aren't fully investing all the capital we already have.”

Looking at the next two to three years, he reiterates, “we clearly have more than enough capital to invest”.

In the longer term, however, it seems clear that fundraising remains an option.

Aside from that ample capital, the pair seem satisfied that – as a funding model – investing from the balance sheet has advantages over investing from a fund.

“In whatever uncertain times come, a strong balance sheet is hugely powerful to have in the investment business,” says Antal.

“If you see a slowing global economy,” Giddins chimes in, “you may need to hold assets longer – potentially holding them through market cycles if they are later on in their life. So having one's own balance sheet is more attractive to management and actually means you can take a calmer, more long-term view on how you want to grow the business. It is an advantage that clearly resonates with management teams.” 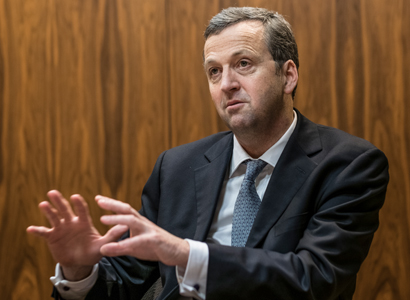 At a group level, 3i's performance as a public company has been impressive in the period since the financial crisis. During Michael Queen's tenure as chief executive between January 2009 and May 2012, the firm focused on shoring up its balance sheet.

Queen was succeeded in 2012 by Simon Borrows, a veteran of the investment banking world who had been 3i's chief investment officer since 2011. Under his leadership, the company's share price has soared from around 190 pence in May 2012 to 725 pence in mid-January 2017. Its £7 billion market cap represents a 30 percent premium to its net asset value.

Beyond the fact that it has balance sheet capital to invest – rather than 10-year funds – how does being part of a listed company affect the lives of the private equity team? First, they are all holders of 3i stock, “so there is very good alignment,” says Giddins, “at both the carry level and at the quoted company level.”

“And given that the performance of private equity does determine quite a bit of the share price, there is even more alignment,” adds Antal.

The added visibility is also a consideration, Antal continues. “Some things become more public. During the downturn when we started our transformation in 2010, it was difficult disclosing so much information on a quarterly basis,” he says. “However, when things go well, as they have done over the past three or four years, greater transparency has a more positive side to it.”

3i is not alone in having plenty of capital to invest and this has pushed up prices in the firm's sweet spot. The average multiple paid for a European mid-market company was 9.2x earnings in the third quarter of 2016, rising above the 9.1x high watermark set in 2006, according to data published by Argos Soditic, a private equity firm, and Epsilon Research.

But 3i is not intending to sit out of the market. As it said in its September interim report, it aims to invest up to £750 million in between four and seven companies a year, and it is on target to do so before its year end in April.

Perhaps as a sign of its ambitions, the firm announced six new hires across the private equity team at director level and below in Paris, New York, Frankfurt and Amsterdam, as this publication was going to press.

There will be plenty for the team to talk about in those monthly meetings for a while yet.