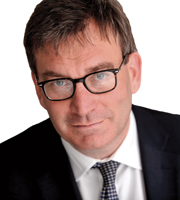 The US election and Brexit referendum results that caught the world by surprise will make 2017 one of the most difficult years for strategic decision-making by businesses and investors since the end of the Cold War.

The catalysts to international business – geopolitical stability, trade and investment liberalisation and democratisation – are facing erosion. The commercial landscape among government, private sector and non-state actors is getting more complicated.

The high levels of complexity and uncertainty attached to the key political and security issues for the year mean boards will need to undertake comprehensive reviews of their approaches to risk management.

The key risks we have identified for business and investors to navigate in 2017 are:

POLITICAL POPULISM
The era of greater national control of economic and security policy ushered in by the US election and Brexit provides increased uncertainty. The lack of political policy clarity from the USA and UK and its impact on the global trading and economic environment mean caution should prevail.

Political sparks will fly as the new presidency places pressure on the economic relationship between the US and China, vital for the stability of the global economy; and withdraws from the Trans-Pacific Partnership. The calls across Europe for further referenda on EU membership are causing nervousness. Populism in other parts of the world such as sub-Saharan Africa is adding fuel to investor risk.

PERSISTENT TERRORIST THREATS
Terrorist attacks across continents in 2016 made possible, largely, by the internet have shown that Islamist-inspired violence can be planned and carried out anywhere in the world. The threat will remain high in 2017 but become more fragmented. The eventual collapse of Islamic State’s territorial control in Syria and Iraq will lead to an exodus of experienced militants across the world.

MORE COMPLEX CYBERSECURITY
The internet of everything means that the distinction between safe home markets and dangerous foreign ones has mostly gone. The sheer mass of stored data, teetering between asset and liability, has shifted the gravitational centre of risk.

The year will also see the rise of conflicting data legislation: US and EU data protection regulations remain at odds; the EU’s Digital Single Market is isolationist; and China and Russia are introducing new cybersecurity laws.

This will force companies to store data locally, at increased cost, as they are unable to meet regulatory requirements in international data transfer. E-commerce will be stifled. Fears of terrorism and state sponsored cyber-attacks will exacerbate national legislation, adding burden to businesses.

A BRAKE ON US REGULATION
The US adherence to the Paris climate accords is under question, the Dodd-Frank Act could be modified substantially and the Foreign Corrupt Practices Act is not off-limits, either. This could have a domino impact on regulation around the world.

GROWING GEOPOLITICAL PRESSURES
Syria, Libya, Yemen and Ukraine are likely to remain intractable conflicts and the Middle East will continue to be shaped by friction between Saudi Arabia and Iran. China’s increased focus on diplomacy and military influence will extend from Central Asia and the Indian Ocean to sub-Saharan Africa and North Korea’s systematic nuclear capability development is upending a relatively static regional and global nuclear status quo.

MILITARISATION OF DISPUTES
While major conflicts remain unlikely in the South or East China Seas, further militarisation of disputes among China, its neighbours and the US, is likely. Saudi Arabia and Iran continue to jockey for position in the Hormuz and Bab el-Mandeb straits, and the latter’s nuclear deal has emboldened it to challenge the US-Saudi security infrastructure. Russia is likely to maintain substantial air patrols in or near European airspace and will continue bolstering its Black Sea and Mediterranean naval fleets to secure its positions in Crimea and Syria.

SINK OR SWIM
With the seismic shift in risk scenario planning required by businesses, we can expect the playing field in many industries to see significant change as organisations respond in different ways to the many complexities they face. Businesses and investors will need to hold their nerve in a year set to be defined by considerable volatility.

Companies will pursue different strategies to protect value and seize opportunity in 2017. They will be defined as Arks, Sharks or Whales by their response.

Arks will be defensive and focus on core businesses and markets. They will shed non-performing assets, reverse unsuccessful mergers, cut costs and delay expansion. While particularly associated with mining and oil and gas due to the collapse in commodity prices, the Ark strategy also characterises retrenchment by retailers and reshoring by manufacturers.

Sharks are less risk-averse and will hunt for opportunities in new activities and locations. Financial services companies, facing regulatory uncertainty and the rise of competing power centres in emerging markets, are likely to take on risk to capture first-mover advantages in frontier markets or disruptive sectors such as fintech.

Whales will take advantage of deep pockets and cheap financing to engineer mega-mergers and monopolise markets. Their main risks are economic nationalists and competition regulators. The technology sector, pharmaceuticals and agribusinesses, which have often arbitraged regulatory environments to gain dominant market positions, are all consolidating.