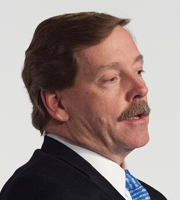 KKR has a $13 billion balance sheet. The firm’s chief financial officer Bill Janetschek told delegates at Private Equity International’s CFOs and COOs Forum in New York exactly how the firm leans on it, particularly when breaking into new strategies.

First, there is the GP commitment. If you are a team of 30 partners – as KKR once was – finding $200 million to commit to your latest North America-focused fund can be a stretch. If you then launch a Europe strategy and an Asia strategy it becomes near-impossible. Across its funds, KKR now has GP commitments totalling $6 billion, said Janetschek, which – were it not for the capital it raised through listing – would have had to come from individual partners.

Second is the ability to seed new strategies. Janetschek pointed to the firm’s move into real estate credit, which involved hiring a team and giving them “a few hundred million dollars” off the balance sheet to invest. He could have just as easily cited the firm’s expansion into technology growth investing: the firm made several deals using balance sheet capital before marketing its debut fund, to which it made a $200 million GP commitment. The vehicle closed on $711 million in December.

Third is the extra financial muscle in buyouts. Janetschek described KKR’s pecking order when allocating investment opportunities: if the equity cheque is below a certain size, it goes entirely to the flagship private equity fund. If it is larger than that fund can manage, it is allocated to the separately managed accounts. Any equity beyond that goes to the capital markets team to be syndicated out to co-investors and if there is still a need for capital, “the balance sheet can pick up anything after that”.

Janetschek also told PEI how the firm manages its balance sheet, particularly when “liquidity is at a premium” and it wants to take capital invested in its own products and deals and deploy it elsewhere.

Last year the firm instigated at least two transactions in which it bundled assets from its balance sheet – healthcare and technology growth assets, credit assets and private equity co-investments among them – into special purpose vehicles, of which it sold “between 75 and 80 percent” to secondaries buyers. There was a stapled element to the transaction, with buyers committing capital to some of KKR’s new strategies, including the tech growth fund.

It was never revealed which secondaries firms were on the buyside, though PEI understands they were Coller Capital and Landmark Partners. Both declined to comment.
“We have done it more than a couple of times,” said Janetschek. Expect the firm to do more of these transactions as its balance sheet assets grow.

KKR is far from alone in appreciating the value of balance sheet capital. Examples of firms – typically those who have raised money from public markets – using it to seed new strategies or increase their own fund commitments are common.

GPs are increasingly alive to the joys of permanent balance sheet capital, and this is driving a growing trend: firms selling minority stakes to financial investors. This is becoming an established niche in private equity, with actors like Dyal Capital Partners and Goldman Sachs busy investing and new firms preparing to enter the fray.