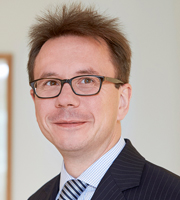 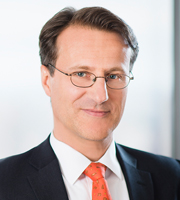 Pierre, you spent many years practising in New York before moving to Debevoise’s London office in 2014. Given how familiar you are with the US leveraged lending guidance, how similar do you expect the European version to be when it is eventually published?
PM: The European Central Bank launched a public consultation on draft guidance on leveraged transactions back in November, closing at the end of January. The final guidance has not yet been published, and it may yet change significantly, but we can start to draw some tentative conclusions on what it could end up looking like.

Really, what the ECB is trying to achieve is to make sure the banks that it regulates supervise leveraged transactions closely and regularly monitor their portfolios. It does not seem to wish to be prescriptive about the transactions that banks can and cannot underwrite and syndicate, but rather it wants to make sure that banks doing certain deals are focused on the risks. It does set out parameters, identifying things that banks should be thinking about, and highlighting situations that it feels should be referred to senior management.

The ECB believes that, for most industries, a leverage level in excess of 6x total debt to EBITDA would raise concerns. But it is not saying that under no circumstances can a European regulated bank do a transaction at 6x; only that if they do, they should involve senior management and have good reasons.

The ECB guidelines share a lot in common with the US guidance, published in 2013, including the leverage level of 6x total debt to EBITDA. But there are also differences, with the calculation of EBITDA being unadjusted under the ECB guidance and adjusted under the US guidance (although the US regulators also criticise situations in which enhancements to EBITDA are allowed without reasonable support), for example, which can make a significant difference. But certainly, what the regulators on the two sides of the Atlantic are seeking to achieve is broadly similar.

How do you think the guidance will impact private equity deal finance in Europe?
AD: The ECB is trying to suggest that banks have a single definition of leverage that will be consistent across all their lines of business. The guidance provides that a transaction is leveraged if it involves a loan or credit exposure where the borrower’s post-financing leverage exceeds 4x total debt to EBITDA, or a loan or credit exposure where the borrower is owned by one or more financial sponsors. The second condition appears to target private-equity-owned portfolio company borrowers for special treatment, which will be a concern for many in the industry. It would be odd to make it more difficult for private equity firms to refinance their portfolio companies than it is for others.

But while a lot of transactions fall within the definition, most European transactions have leverage below 6x so there shouldn’t be too many deals impacted.

There are still some questions about the guidance, such as where you measure the leverage of the transaction, and how far up the chain you go to calculate total debt. Would you include the holding company, for example? And there is also a question around the bond markets. The ECB has made it clear that they are focused on loans and not bonds, so these limits are not expected to apply to deals entirely financed by high-yield bonds, for example. But what do you do if a deal is almost entirely financed by bonds and has a small loan in there? That we don’t yet know.

Are there any lessons that the European markets can learn from how the US guidance impacted the deal finance markets?
PM: The obvious effect that we saw in the US was that this guidance has been very good for institutions which aren’t regulated. In the US we have unregulated institutions move up the league tables quite considerably, and the thinking is that that’s in large part a direct result of the leveraged lending guidance.

In the US, leverage was higher to begin with, and the regulators clearly meant business. Regulated banks are taking the guidance seriously, and this has created a non-level playing field where non-regulated institutions have been able to capture market share. That may or may not happen over here, because the deals typically aren’t so leveraged, but certainly debt funds are getting bigger and bigger and are now able to compete for larger deals in Europe.

What impact has rising interest rates in the US had on European private equity finance?
AD: A few years ago we were talking about Europeans going to the US finance markets not only for high-yield bonds but also for loans, because they could get better terms and rates. But with interest rates going up in the US, we are now seeing US companies coming to Europe, because actually the finance is cheaper. That’s interesting because historically it has always been the case that both terms and pricing was much better in the US.

PM: Today there is so much uncertainty, and we don’t know what will happen to interest rates in Europe. But sponsors are very flexible, and there is increasing convergence between terms, such that terms are often borrowed from one market to the other. With the growth of covenant-lite, terms can frequently be exactly the same from US to European deals. We are seeing provisions from the US market being adopted in to European loan agreements and vice versa, which many people thought would never happen.
There is a lot of institutional money in the US market, chasing very few deals, and the same is true in Europe. That is driving down margins. The truth is there is just not enough new M&A happening.

And finally, are we witnessing the return of the PIK note?
AD: For a long time people weren’t doing PIK notes, because they were seen as too risky, but we have worked on three recently, so it looks like they are back in favour. At the same time, the second lien and mezzanine markets seem to have fallen a bit out of fashion.

These PIK deals are interesting because the lender generally has no recourse to the real credit group or the operating companies. The terms are incredibly flexible, and the limits put on the group are very limited – they don’t normally have financial covenants, and they are not often pay-if-you-can but rather pay-if-you-want. It is currently purely the borrower’s option whether it pays interest in cash or not. Where they do have covenants – which restrict the amount of debt, for example – they are normally set with headroom to what is in the senior credit agreement, so you don’t have to look at the PIK terms unless something would be in breach of the senior terms.

We are seeing PIK notes being used on new deals, which you would never have seen historically. In the past, people would only ever use them to take money out of something that had proved to be profitable over a number of years. It is amazing how far the market has come in the last 12 months – of course, these notes are very attractive to direct lenders, because the rates are very high and they are often also accompanied by equity, either in the form of warrants or shares.

PM: The direct lending funds are looking for returns: the senior loan market is very competitive and the margins are very tight. As a result, direct lending funds are seeking other options, which moves some of them towards subordinated or PIK notes. We think we could see PIKs becoming more of a feature of the market over the course of 2017. Very rarely, we have seen a few being issued in the European high-yield markets.

This article is sponsored by Debevoise & Plimpton. It appeared in the Fund and Deal Finance Special published in the March 2017 issue of Private Equity International