In 2010, a Simmons & Simmons survey on the state of private equity found that more than 70 percent of sector participants thought the impact of the credit crisis would reverberate for years. A double-dip recession topped participants' concerns, while 69 percent said tax and regulation would be a significant impediment.

Our sister title pfm made a series of predictions about the future of the industry on the back of the survey.

Seven years on, we discuss how those predictions played out with industry stalwarts, Riverside chief executives Béla Szigethy and Stewart Kohl. 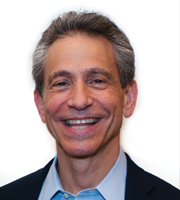 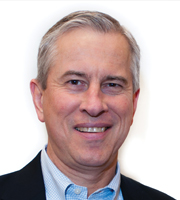 We predicted returns would shrink and firms would be forced to add operating and other dashboard-style resources in order to compete. How much has this materialised?
Stewart Kohl: The prediction was spot on, and continues to be the case. Private equity has emerged as an industry and operates in a much more business-like manner. Changed expectations are everywhere. Pressure to generate high returns remains, but there are also other pressures such as meeting investor environmental, social and governance expectations and increased regulatory requirements. LPs have also become more demanding in terms of information required from their GPs, and the extent to which they manage their own investments.

As a consequence, we expected more personnel would be brought in to manage these new resources. Has this happened?
Béla Szigethy: Most firms that are of a similar size to us have grown their operations teams. In 2010 we had 12 operations staff; now we've got around 40. Some are managed internally, others are independent contractors brought on to help. Strong systems and operations become a differentiator, and that's especially important now that there is more money in the private equity space that's going to fewer firms.

Another key issue was transparency; it was forecast to move to new extremes as public firms set the pace.
SK: It's almost trite to talk about transparency; there's no question about this. LPs are using better technology, have more insight into portfolio companies and access to secondaries market data.

We also expected changes in the way capital and opportunities are connected, due to new professionals, services and models of communication – and increased influence of specialists in niche markets. What's your take?
SK: LPs are using data to pick the best asset classes, and the best managers, but have a strong desire to invest in the asset class. LPs need private equity more than ever, but they can't “spray and pray”.

Fund managers now need to understand how to access LPs. Investors don't want to deal with the administration associated with giving money to many firms, either. This means there are fewer GPs getting higher capital commitments.

We predicted fundraising and marketing professionals would become higher-profile rainmakers within their firms – has this happened?
SK : There's no question about this, and we're keenly aware we work for the investor. Private equity firms aren't masters of the universe – we have bosses, too! We've built out our IR function, and they've become more prevalent, important and highly paid. To the extent that the IR team acts as the voice of the investor within the firm, then the transactions side does, to some extent, have to follow their lead, but I wouldn't overstate their importance.