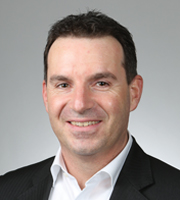 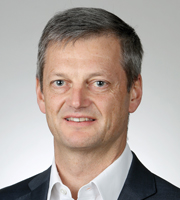 Chief financial officers at private equity firms are besieged by an increasing number of administrative demands on their time, which threaten to divert them from their core activity of funding and structuring deals to add value. Robert Brimeyer, chief operating officer, and Alan Dundon, chief marketing officer, of Alter Domus, a leading provider of services to private equity, real estate and private debt firms, discuss the challenges faced by CFOs – and possible solutions to their quandaries.

What do you think CFOs want to do with their time?
The CFO was traditionally someone who just got together the numbers. However, they are increasingly much more strategic. The CFO does not want to be remembered merely as the person who does the best debits and credits in the industry; they want to concentrate on much more value-added functions that are the core of private equity firms, including sourcing financing in an efficient way, structuring deals well and progressing the lifecycle of investments.

This creates a problem because the volume of back-office work is increasing to the point where it accounts for as much as half of the staff, and a similar proportion of CFOs’ time, at firms that do not outsource it. This is a problem because it is largely low-value-added matters being handled by a senior person whose expert skills lie in another field. There is very little way for a CFO to impress investors on back-office matters, or for a private equity house to differentiate itself from the competition through excellence in this field, because the investors take excellence as read.

Why is the volume of back-office work growing?
To give a high-level answer, limited partners are becoming more demanding in terms of the information they want, and regulators are becoming stricter – on both sides of the Atlantic.

Let’s look at limited partners first. Why are they insisting on more?
We have seen the emergence of strong industry guidelines that were initially heavily pushed by a very limited number of big LPs, but are now widely demanded. It is not hard to see their motivation: partly out of disappointment at returns in other asset classes, and partly because of the exciting opportunities presented by private equity investment, they have allocated a larger proportion of their portfolio to this area than in the past.

If a big LP has invested in 50 different funds, they want standardised information so that they can manage the portfolio. They also want better information on performance and risk, because these investments now account for a significant proportion of the overall assets under management. To put it another way, they are being proactive, rather than giving $50 million to a big private equity fund and just saying: ‘Run with it.’

What kind of things are LPs requesting?
They want a breakdown of all distributions by the source of value creation: whether it was a capital gain, for example. They want a better view of the characteristics of the underlying investments so that they can know the overall exposure they have to different countries, industry sectors and so on.

Let’s look at issues relating to particular regions. In the light of the Alternative Investment Fund Managers Directive, and more recently of Brexit, where will clients want to domicile their funds?
So far there has not been a huge change: most established managers are continuing to domicile funds where they have always domiciled them, because that jurisdiction has worked well in the past.

However, managers looking to launch funds a year or two from now need to have a long discussion about where to site them, because if they are going to market their funds to EU investors without relying on restrictive private placement rules, they may need to domicile their funds in an EU member state.

It is possible that even after the UK leaves the EU, funds domiciled in the UK and in the Channel Islands, which have never been part of the EU but have benefited from the UK’s influence within the EU, will have the right to market in the EU under a “third-country passport” exemption. However, we do not yet know whether this will happen. Private equity houses also need to bear in mind that under the Directive, the fund needs a real presence in its country of domicile in terms of personnel performing important governance functions – whether this is done in-house or outsourced to a management company.

When we work with third-party managers that perform governance functions on behalf of the private equity house, we find that these professionals are extremely well aware of what needs to be done in terms of risk documentation and so on. However we can always support our clients in making sure they comply with AIFMD, and with the local regulations in the fund’s place of domicile, should they choose to keep these functions in-house.

In the US, the Securities and Exchange Commission is demanding greater transparency. What does this mean for private equity clients?
The structuring that is used today is highly complex. There might be a fund vehicle in the US, a parallel fund vehicle in Europe, other vehicles for co-investment and special purpose vehicles to hold the underlying investments. However, general partners now need to come up with a more transparent system of structuring. They also need to provide transparent and consistent reporting on the fees they charge, and this needs to be transparent and consistent across all the different jurisdictions of every limited partner. This means compliance with these jurisdictions’ different accounting standards, for example.

In the past, the back-office functions of US managers were often simpler, largely because they did not have to deal with a large number of different jurisdictions, with their different rules and languages. This explains why, at the moment, perhaps only 20 or 30 percent of US private equity houses outsource at least some of their back-office functions to third-party providers like ourselves, compared with 70 or 80 percent of European private equity houses. However, we think the greatest growth in outsourcing will be in the US. If we have the same conversation about the same topic in 10 years’ time, we might well say that the proportion of US houses outsourcing has risen to as high as 75 percent.

Does outsourcing raise concerns about cybersecurity among clients, particularly since the SEC is increasing its scrutiny of the cybersecurity systems of registered investment advisers?
Outsourcing does raise the question of how the GP and the service provider safely share data. However, security is at the front of our thinking. It is something we spend a lot of time and energy on. We also have strict risk management systems in place. For example, staff are fully restricted from sending any client information outside of our company network.

Do you think European clients will continue outsourcing more services too?
We believe they will, because of the greater demands faced by CFOs and their teams, as we have already discussed. Moreover, we do not see this as restricted to the back office. We are increasingly discussing with private equity houses the idea of outsourcing parts of the middle office, which has traditionally been very much an in-house area: functions such as treasury management and even some investor relations. To return to where we started, if the CFO is down in the weeds it is very difficult for them to devote enough time to high-end matters.

This story is sponsored by Alter Domus and appeared in the Fund Administration Special 2017 published in Private Equity International in June 2017.