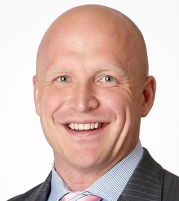 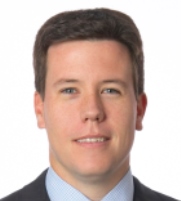 JS: Real estate secondaries volume has been on an upward trajectory, growing approximately 25 percent per year since 2008. Over the past few years, volume has fluctuated significantly. Deal volume was $4.8 billion in 2014, but in 2015 it was more than $8 billion because of two large public pension fund transactions. Last year, volume declined to roughly $5 billion because there were no mega transactions, although it was a record year for the number of transactions completed. It’s too early to tell, but this year’s transaction volume is trending north of what we saw in 2016 and could potentially approach the record achieved in 2015.

How has this environment affected the types of secondaries deals Landmark has been investing in over the last 12 months?

IC: Landmark has a long history of innovation in private equity, real estate and real asset secondaries. We have tried to find situations where the seller isn’t looking for liquidity; they’re looking for a solution. They’re trying to change their programme, portfolio or fund and optimise risk return, but they don’t necessarily want to sell outright. Our private equity and real estate teams have had the largest 12-month deployment numbers ever. The last 12 months of private equity secondaries deployment have been the most active in the firm’s 28-year history.

Our sister title Secondaries Investor wrote about some of Landmark’s interesting, non-traditional deals this year. Could you elaborate on them?

IC: We have led a number of proprietary, structured deals with GPs and LPs and some creative GP-centric transactions. Some of these investments are common knowledge in the market, but most of them haven’t been publicly disclosed. Earlier this year, our European private equity team closed its second GP-centric transaction with ICG [where Landmark backed a €650 million restructuring of ICG’s 2010-vintage mezzanine fund]. Your reporters also covered our partnership with InvestIndustrial [where the Italian private equity firm raised a fund to buy €750 million of assets in its own 2008-vintage fund].

We just closed two complex structured transactions with mid-market sponsors in the US and in Europe. We’ve seen very good relative value in Europe.

Our private equity team has also been active in helping GPs finance growth and transition their platforms, as an alternative to GP minority stake transactions which aren’t necessarily great transactions for underlying investors or next generation teams. PEI reporters covered our partnership with the founders of Clearlake Capital, where we partnered with the management team to help them acquire the economic interest in their firm from Reservoir Capital.

We have done two other structured private equity deals this year with a large family office and a marquee GP. In one of the first trades of its kind, we bought an investor out of their $500 million separately managed account. We believe that’s something that will occur more often in the secondaries market as the growth and proliferation of SMA formation after the global financial crisis starts to mature.
These deals are not easy or cookie-cutter. You have to find them or find the solution that other people haven’t considered.

How do you identify deals and how do you structure these innovative deals?

JS: Landmark applies a proactive thought-partner approach to source transactions. We have an in-house Quantitative Research Group that analyses data from the funds we’re invested in and information from select third-party data providers, global LPs and GPs.

We have developed proprietary analytical tools that enhance portfolio management decisions for LPs and GPs. These tools help us engage in thought-partner discussions with LPs, many of whom are not even considering selling.

During initial conversations with potential deal partners, we try to understand their near-term and long-term portfolio management objectives. We apply our quantitative tools to analyse portfolios and provide customised solutions. We work in a similar thought-partner fashion with GPs to help firms understand how secondaries capital could be utilised to restructure mature funds, recapitalise assets or help achieve strategic growth initiatives across a GP’s platform.

What are some of the biggest challenges in the secondaries market this year?

IC: We have gone a long time without a correction in US equities and real estate valuations. Whenever there’s a dramatic and rapid repricing of public equity or real estate valuations, it creates a large bid-ask spread in the secondaries market, and that causes volume to compress. That happened several times last year with the Chinese currency devaluation in Q1, Brexit in Q2 and the Trump election in Q4. A big shock to the system causes buyers and sellers to step back.

For the last 10 years, one-third of the capital Landmark has invested in private equity has gone into structured transactions, using dynamic waterfall or dynamic payment schemes that dampen and reduce the impact of valuation and duration shocks.

JS: Over the last several years, the majority of funds traded in the real estate secondaries market have been 2008-vintages or earlier. These funds have matured and many of these funds’ values have been marked up close to the anticipated liquidation value.

Because of this, the discounts associated with many peak and pre-peak market vintages are increasing. Large optical discounts can create challenges for sellers who want to rebalance their portfolios, but who are discount-sensitive.

This challenge can be mitigated in a few ways. One is for the seller to include post-peak vintage funds that may price at lower discounts thereby reducing the overall portfolio’s optical discount. The other option is do something more structural. Real estate LPs are starting to become more comfortable with the structural solutions that we developed in the private equity secondaries market. This could mean a deferral transaction where you pay for the portfolio or fund over time, or buying a piece of a portfolio in a highly-structured transaction where there is a waterfall or cashflow sharing arrangement.

Where do you see the secondaries market heading for the remainder of 2017?

IC: Over the remaining four months of the year, if the macro environment stays accommodating, valuations continue to appreciate, liquidity stays at above-average levels, overall secondaries volume has the chance to break every record across every strategy. The high-water mark for secondaries volume, across all strategies, was the $42 billion to $44 billion that transacted in 2014. If the macro environment remains accommodating, $45 billion to $50 billion in total market volume is achievable. If public markets pull back more than 10 percent and the bid-ask spread widens, we’ll end up in the high $30 billions, which is still a strong volume year.

This article is sponsored by Landmark. It appeared in the September 2017 issue of Private Equity International magazine.