A professor at one of the world’s top business schools recently described its secondaries course as “one of our most popular classes”.

And no wonder. It’s a creative sector that’s constantly breaking new ground. And it’s a successful one, too. Deal volume in 2017 is likely to hit a record.

Helping drive this expansion are the 20 professionals who constitute this year’s Young Guns of Secondaries. All of our finalists were 35 years or younger as of 1 January 2017 and were judged by a panel of Secondaries Investor and Private Equity International staff on deals, leadership and innovation, institutional clout and the elusive X-factor.

We were struck by the volume of nominations we received for our professionals — and the great things their peers and forebearers had to say about them.

The list honours 12 buyers — including a couple in preferred equity — seven advisors and a lawyer. The youngest is a mere 27 and the average age just 32. Signs that the sector is in safe hands.

It’s no surprise, then, that the next crop of MBA students is excited by secondaries. It’s an exciting industry to be a part of, and we’re delighted to share this year’s list with you. 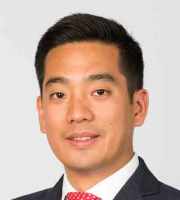 1 Louis Choy
Canada Pension Plan Investment Board
age: 31
job title: principal
“Fantastic, creative and street-smart well beyond his years” was how one secondaries veteran describes London-based Choy. With around $2 billion of completed deals under his belt, Choy has been involved in several first-in-kind deal structures and helped create a preferred equity product at the pension. He was also instrumental in building out CPPIB’s Asian secondaries business. He’s not shy to speak his mind in investment committee meetings and it wouldn’t surprise us if he’s is leading CPPIB’s secondaries team one day — if he doesn’t have his own fund by then. 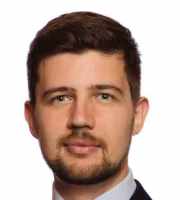 2 Vladimir Balchev
Pantheon
age: 31
job title: vice-president
Balchev joined Pantheon four years ago from Rothschild and has had the distinction of being promoted in each year since. Responsible for origination, analysis and deal execution as well as covering the CEE region as a relationship manager, his energy, creativity and appetite for complexity made him a popular choice in this year’s round-up. Over the past 12 months he has worked on 10 transactions totalling more than $1 billion in value. “I truly believe he is on track to become the next industry leader,” says a source. 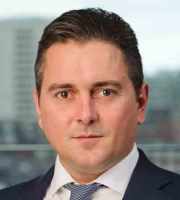 3 Pierre Garnier
Lazard
age: 34
job title: vice-president
Described as a “secondaries addict”, Garnier has worked on the buy- and sellside in London and Paris, on around $4 billion-worth of deals ranging from single LP stake sales to complex GP-led processes. Garnier has been a key figure in Lazard’s charge into real assets and infrastructure secondaries, and his desire to explore new structures and geographies — he has closed deals in Asia and Africa — are a testament to his healthy addiction. 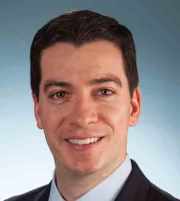 4 Tony Cusano
Siguler Guff
age: 34
job title: managing director
A rockstar. That’s how one market participant describes New York-based Cusano. He “lived on the road” when fundraising for his own fund, SOF I, which closed on its $337 million hard-cap with all-new Siguler Guff investors, bar one. In 2015 Cusano became the firm’s youngest managing director and founded its secondaries business at the tender age of 32, a sign of his maturity and ability if ever there was one. The manager of an SMA with a large US pension, Cusano is the embodiment of a Young Gun. 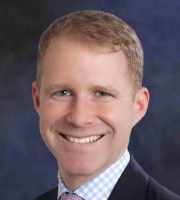 5 Garrett Hall
AlpInvest Partners
age: 33
job title: principal
Hall has an eye for creating highly interesting transaction opportunities where a deal may not be immediately obvious. In five years at the firm, the Harvard graduate has led 12 deals and invested over $1.4 billion while also being instrumental in the restructuring of Lee Equity Partners’ first fund. When not busy completing complex deals, Hall spends his time promoting equal representation on the Carlyle Diversity Council. 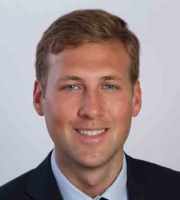 6 Ryan Rohloff
Evercore
age: 28
job title: vice-president
Rohloff has been described as “mature beyond his years”, but at just 28 he certainly qualifies as a Young Gun. At his former shop Park Hill, Rohloff worked on more than $7 billion in deals. Most of that, $6 billion, was in GP-led deals across seven transactions, including the Lee Equity Partners and Enhanced Equity Funds deals. It comes as no surprise that he has been snapped up by Evercore, where he will help bolster the advisory firm’s GP liquidity solutions practice. 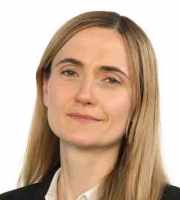 7 Vjerana Spajic
17Capital
age: 32
job title: vice-president
17Capital is undoubtedly a firm that is helping to expand and enhance the secondaries market. Spajic is central to the firm’s efforts and was described by one buyer as the “horsepower” behind a 2013 deal with UniCredit. A generator of proprietary and non-traditional dealflow, the former AlpInvest Partners professional has nine investments across North America and Europe to her name, representing $1.5 billion of committed capital. LP portfolio stake purchases… stapled deals… spin-outs… an advisory board seat, and now preferred equity. Impressive. 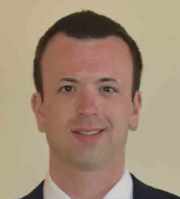 8 Kevin Nowaskey
Partners Group
age: 27
job title: assistant vice-president
Nowaskey has had a swift ascent at Partners Group after joining from Antares. During his time at the global investment firm he has worked on more than 70 LP portfolio deals, eight fund restructurings, 11 direct secondaries transactions and three co-investments, closing at least $1.2 billion in just three years. In his three years at the firm, Nowaskey has originated approximately $1 billion of secondaries dealflow. Did we mention he is only 27? 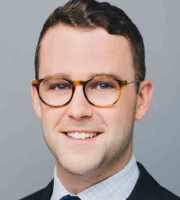 9 Robert Gavin
Whitehorse Liquidity Partners
age: 31
job title: senior principal
Gavin had his work cut out joining Whitehorse from Denham Capital in 2016. The firm, founded the previous year, was looking to “hit the ground running”, and Gavin stepped up. One of four founding members of the Whitehorse team, Gavin is credited with expanding and innovating the firm’s uses of preferred equity. A dark horse? Perhaps, but definitely a Young Gun. 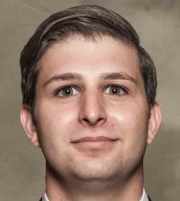 10 Jameson Mones
Strategic Partners
age: 33
job title: director
Experienced in large, diversified tail-end transactions, this NYU graduate has closed more than 125 separate transactions involving at least $5 billion. Mones is also known for leading a number of complex and comprehensive multi-asset class deals across buyout, real estate and real assets, often working with institutions which are selling as many as 400 separate interests in one deal. One of the Blackstone unit’s stars.