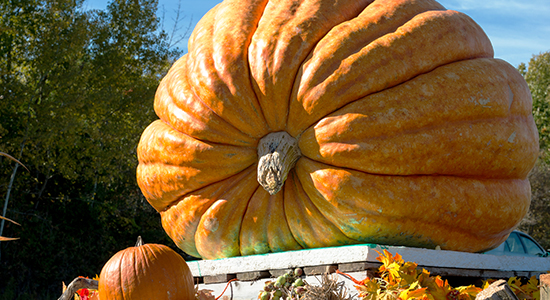 CVC Capital Partners, EQT and BC Partners are expecting to pour more capital into Europe private equity in the first half of next year, with nearly €40 billion targeted between them for their flagship buyout funds. CVC is targeting €18 billion for its eighth global buyout fund; EQT, €12 billion for its ninth flagship fund and BC around €8.5 billion for its 11th offering, PEI data show. KKR is also back on the fundraising trail next year, seeking about $25 billion for its latest Asia and America funds. What was that about too much dry powder driving up valuations?

Is a sports club a tech asset? It can be, with Silver Lake saying today it has agreed to buy just over 10 percent of City Football Group, the owner of English Premier League football club Manchester City, for $500 million. The deal values CFG at $4.8 billion and proceeds from the investment will be used to fund growth and develop CFG’s technology and infrastructure assets. Silver Lake, which raised $15 billion for its fifth flagship in 2017, said it was attracted to opportunities in the “convergence of entertainment, sports and technology”.

Buyout execs may be in the wrong business if executive search firm Heidrick & Struggles’ latest salary survey is anything to go by. Managing partners and partners at European secondaries firms were the most in-demand and highest paid private capital professionals last year, taking home an average annual compensation of €8.4 million. The figure comprises base, bonus and carry, and is €1.5 million more than partners at buyout firms. Surprised? So were we. Heidrick & Struggles says its report is based on data from 440 professionals, and it’s not clear how many of these were managing partners and partners, or if founding partners were included. Still, if the figure is a fair reflection of compensation, secondaries firms may find buyout execs soon knocking at their doors.

Fund scoop Down Under. Adamantem Capital, an Australian buyout shop founded by a pair of former dealmakers at Pacific Equity Partners, has returned to market with its sophomore fund. The firm is targeting A$700 million ($475 million; €431 million) for Adamantem Capital Fund II, only marginally larger than its A$600 million 2016-vintage predecessor, according to a source familiar with the vehicle. Fund I was around three-quarters deployed as of September, co-founder Anthony Kerwick told the AFR (paywall) at the time, noting that it would likely return in H1 2020.

Gender diversity matters. LPs that want to maximise returns in their PE investments should add a gender diversity filter. That’s the finding by HEC associate professor Oliver Gottschalg, speaking at a lunch for press in London yesterday. Gottschalg’s report published in July revealed that investment committee teams with at least one female member perform better and have a lower risk of failure than all-male teams. “I’ve seen LPs struggle a bit with gender diversity, thinking they need to sacrifice returns. That’s not a trade-off, but actually reinforcing the need to hire more gender diverse teams,” he said.

DBJ building Bridges. The Development Bank of Japan has committed to Bridges Social Outcomes Fund II, which is managed by Bridges Fund Management. This is the bank’s first commitment to an overseas social impact investment fund. Here’s a list of DBJ’s recent disclosed commitments. For more information on DBJ, as well as more than 5,900 other institutions, check out the PEI database. 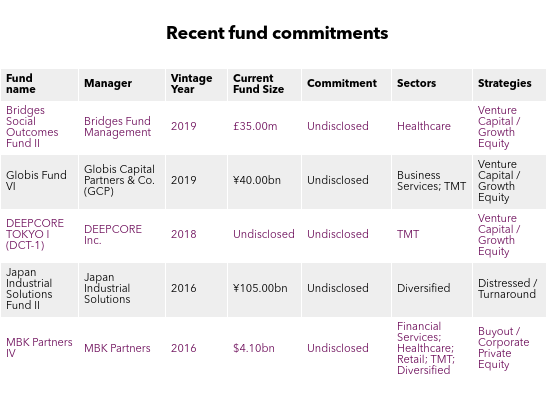 “Just by observation, keeping folks in their seats longer and executing long-term strategies – that seems to be feeding into better returns”