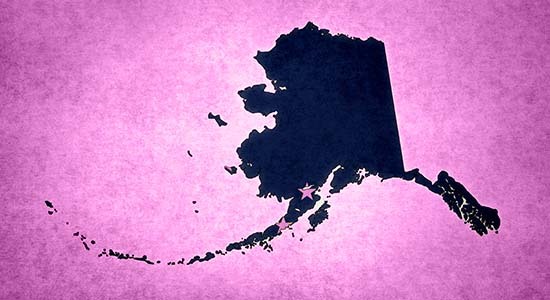 Cutting PE ties to Russia is trickier than you think
When it comes to divesting Russian assets, the investment community would do well to keep an eye on events unfolding in Alaska. The state’s House of Representatives is considering legislation that would require Alaska Permanent Fund Corporation and state pensions to divest their investments within 90 days of being identified as Russian. As of 31 December, APFC’s Russian investments included 194 stock holdings worth $153 million, 41 bond holdings worth $63 million and PE holdings worth $3 million, it said on Thursday.

APFC’s Russian PE investments are indirect exposures across three funds, head of alternatives Steve Moseley tells Side Letter. One underlying asset – representing more than 75 percent of the total Russian NAV as of 30 September – is based in Ohio and has a small development team in Russia; another is based in Ukraine and is unlikely to be subject to any sanctions; one – worth approximately $500,000 as of September – is based in Russia.

Notably, these holdings are not expected to be impacted by the proposed divestment legislation, which excludes assets owned through commingled funds, Moseley says. “The reason for the carve-out of LP interests [from the legislation] is that it would be impractical and expensive to monetise illiquid positions and improper for us to try to instruct GPs we’ve backed for their knowledge and judgment,” he notes.

Alaska’s position chimes with what we’re hearing elsewhere. Side Letter is aware of at least one European institution with significant exposure to Russia that is not expected to divest its LP interests, at least in part because they’d be selling at cents on the dollar to a limited number – if any – of interested buyers. Make no mistake: a moratorium on new investments and the sale of directly held assets is a logical move. That said, policy setters that have yet to decide their position on Russian divestment should be aware that the process would not be a simple one for most PE investors tied up in funds.

In all, 10 team members were introduced in 2021, offsetting the loss of a few longstanding employees, such as Patterson. Upon leaving, Patterson filed a wrongful dismissal lawsuit that took aim at PE compensation practices, asserting they were behind many of the exits.

Eurazeo’d how much?
France’s Eurazeo bolstered its AUM by 42 percent last year to €31 billion, per a statement. Here are some highlights from the year that was:

Rhône‘s raise
Rhône Group (itself part-owned by Eurazeo) has closed its latest flagship below target. The mid-market firm gathered €2.1 billion for Fund VI, short of its €3 billion target, per a statement. Rhône began raising capital towards the end of 2019 and has seen several senior departures in the last 18 months. Its 2015-vintage predecessor raised €2.6 billion against a €1.6 billion target – more than twice the size of its previous vehicle – after less than a year on the road. Rhône targets buyouts with a transatlantic presence across the consumer, industrials and business services sectors.

Growing uncertainty around secondaries pricing, which is weakening amid public market volatility, rising inflation and geopolitical shocks from Russia’s invasion of Ukraine, is a core challenge for all parties, with 30 September reference dates no longer representative. That said, LP fund stakes typically get snapped up by buyers who know the sponsors and the underlying portfolio. That may be the case with Lexington, which as a long-time secondaries buyer holds LP stakes in multiple managers. Lexington is likely to have a lot of overlap with the CalPERS portfolio, which is a mix of tail-end and blue chip funds.