“Cyber-attacks, mostly from Eastern Europe and the Middle East, begin to have an economic impact. Bank account information is invaded and distorted, patient records are lost at hospitals and credit collection companies can’t keep track of customer purchases. Those tampering prove to be more skillful than those protecting the integrity of the data and the dislocation cost becomes significant” 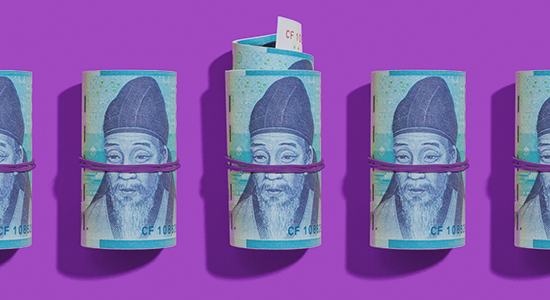 Korea’s PE crackdown
South Korea’s Financial Supervisory Service has identified dubious and illegal business practices at several domestic private equity firms, according to English-language paper Korea JoongAng Daily. Some PE professionals were allegedly caught accepting bribes, while executives from one unnamed firm allegedly bought unlisted stocks managed by their own funds in their spouses’ names and sold them at double the price.

The revelations stem from an investigation launched in July following scandals that involved hedge funds Lime Asset Management and Optimus Asset Management, the report said. The regulator has so far investigated 18 of 233 local managers and will look to impose sanctions or co-operate with prosecutors where necessary.

Foresight’s IPO
UK-based private equity and infrastructure manager Foresight Group is considering a main market listing on the London Stock Exchange, according to a filing. The IPO would aid further acquisitions, geographic expansion and new sustainable investments, such as a forestry investment programme launched last year. Foresight manages £6.8 billion ($9.3 billion; €7.5 billion) of assets, of which £700 million is in private equity. It holds investments in 104 UK companies.

Long haul
ICYMI, BlackRock tempered expectations for its Long Term Private Capital Fund this week, having raised just $3.44 billion towards its initial $12 billion target, per a statement on Monday. Long-term funds have amassed close to $50 billion from LPs in the last five years, according to Private Equity International data. Here’s a chart of the strategy’s biggest players.

SWFs play it safe
Sovereign wealth funds’ appetites for direct investments took a beating last year, according to a study by Global SWF. Such institutions deployed $83.7 billion across 280 private equity, real estate, infrastructure and large public markets transactions in 2020, down 33 percent from the previous year. Public pension funds were more bullish, with deal value climbing 5 percent to $78.6 billion across 223 transactions. Singapore’s GIC was the most active state-owned investor, deploying $17.7 billion across 65 different deals, followed by Canada Pension Plan Investment Board, which invested $15 billion across 33 transactions.