“I’d have to give it a C minus. It’s misleading [and] there are some conceptual issues.”

In a webinar on Tuesday, University of Chicago Booth School of Business professor Steven Kaplan gives some constructive (and friendly) criticism to his former student Professor Ludovic Phalippou regarding the latter’s paper this year on private equity performance 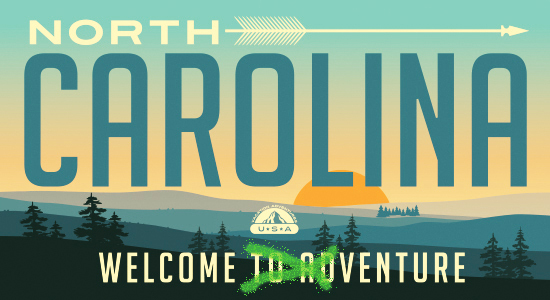 North Carolina State Treasury, a $107 billion public pension fund, has seen such relative outperformance from its growth and venture strategies that its private capital allocations have been thrown out of whack. Growth and VC now accounts for 34.2 percent of its overall PE programme, against a target of 20 percent and a maximum of 30 percent. Said private equity director Craig Demko: “This has by far been our strongest performing underlying strategy in the portfolio over the one, three, five, seven and 10-year figures. The amount of additional capital that’s been generated from this strategy, excess capital, has been very strong relative to what our cost basis has been.”

No word yet on whether the pension plans to take any action to rebalance. If we hear, you’ll hear. Growth and VC partners on the pension’s books include TCV, Tenaya Capital, New Enterprise Associates and ARCH Venture Partners.

Half-year results for Apax Global Alpha – a €1 billion listed vehicle that invests in Apax Partners’ funds – were published yesterday. Some points of note:

KKR has promoted Suzanne Donohoe, former lead for the client and partner group, into the newly created role of Global Head of Strategic Growth, in which she will be responsible for “building new businesses for the firm” and growing its strategic investor partnerships. In a hint of growth to come, co-founders Henry Kravis and George Roberts said: “We decided we needed to add a leader fully dedicated to our next set of new businesses and the strategies around them.” Eric Mogelof, head of PIMCO’s US global wealth management business, is joining the firm as partner and global head of the client and partner group.

On KKR’s first-quarter earnings call, co-president and chief operating officer Scott Nuttall said the firm would leverage market volatility to embark on “aggressive” growth plans, and so far, it’s delivering: in July the firm agreed to acquire retirement and life insurance company Global Atlantic in what will be its largest balance sheet investment to date, and it’s continuing its aggressive push into Asian markets.

Covid-19 is DFIs’ time to shine. That’s according to CDC Group’s head of Asia, Srini Nagarajan, who tells PEI it’s incumbent on such institutions to restore investor confidence in emerging markets during the pandemic. Since March, UK-based CDC has committed at least $180 million across three funds and established permanent presences in Nepal and Egypt, per its website. The organisation committed more than $2 billion to fresh investments last year and aspires to deploy a similar amount this year through additional liquidity for existing portfolio companies, systemic support for certain sectors and via its existing pipeline.

The $78.85 billion US public pension has a 7.0 percent target allocation to private equity that currently stands at 7.8 percent.