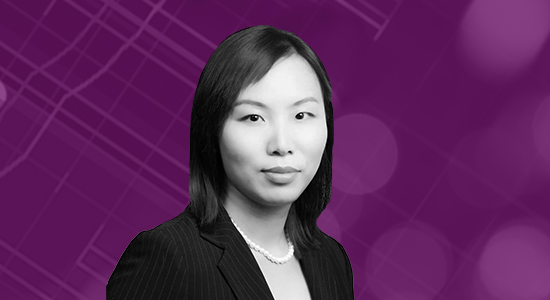 On Tuesday we reported that Dutch pension giant APG Asset Management is ramping up its Asia-Pacific activity. The person tasked with at least doubling its allocation to the region over the next five years is senior portfolio manager Shirley Ma (pictured). Doing so will not be easy, given APG’s size and ESG requirements. We sat down with Ma to discuss the role co-investments and GP best practice will play in its Asia-Pacific build-out. Spoiler alert: APG will both syndicate and co-underwrite deals in Asia.

LPs are losing their patience with private equity fees. This year, almost three-quarters of respondents in our latest LP Perspectives Survey said fees charged by private equity funds are difficult to justify internally – up from 63 percent last year. Unsurprisingly, management fees once again top the list of fund terms that cause the most disagreement with GPs when conducting due diligence.

On the secondaries side, despite record transaction volumes and strong fundraising figures, just 33 percent of LPs say they are planning to commit to a private equity secondaries fund over the next 12 months. Cost concerns around GP-leds are a sticking point: almost 30 percent of those who have been involved in one of these processes believe the costs weren’t fairly divided. Could a speedbump in the unstoppable secondaries market be around the corner? Let us know.

Temasek subsidiary Azalea Asset Management has closed its debut fund of funds more than 60 percent above target. Altrium Private Equity Fund I collected $650 million against a $400 million target after three months on the road, according to a statement. The vehicle will target primary and secondaries fund opportunities in growth and buyout strategies across Asia, Europe and the US. Investors were able to commit as little as $200,000, building on the Astrea retail offering Azalea launched in 2016.

NB on data driven alpha. Everyone talks about data, but most investors only dip their toes in it, according to Neuberger Berman’s chief data scientist. Michael Recce is spearheading a programme to build out a tech platform that analyses big data sets like credit card transactions, online consumer activity and job postings. “As long as you stay ahead of the pack [and] understand a business and company or sector deeply, there will always be potential for alpha,” Recce tells us.

MassPRIM’s co-investment rationale. Co-investment is a tool Massachusetts Pension Reserves Investment Management Board likes a lot. It increases the $76 billion pension plan’s exposure to the asset class, helps it engage more with high conviction managers and work on deeper due diligence, director of private equity Michael Bailey tells us. What’s more, co-investing gives MassPRIM greater control over its pacing – after all, the pension can always stop co-investing should the need arise. The strategy does come with a degree of unpredictability, and finding suitable opportunities can be tough: “You are sort of threading a narrow needle,” Bailey in February.

Fundraise scoop. Special situations firm Metric Capital Partners has raised €1.2 billion against a €1.1 billion target for its fourth vehicle. Metric has yet to hold a final close on MCP Private Capital Fund IV, which is about 40 percent larger than its 2016-vintage predecessor. Metric grabbed headlines last year when it said it would team up with Virgin Group founder Richard Branson for its first dedicated PE fund targeting €500 million. The firm decided to abandon those fundraising efforts this year to due to LP concerns on resources and staffing, per the Wall Street Journal (paywall).

Sumitomo’s VC commitment. Sumitomo Mitsui Banking Corporation has approved a $20 million commitment to Vertex Master Fund II, a venture capital fund of funds managed by Vertex Venture Holding. Here’s a look at recent fund commitments made by the ¥179.35 trillion ($1.7 trillion; €1.5 trillion) Japanese bank. For more information on Sumitomo Mitsui, as well as more than 5,900 other institutions, check out the PEI database. 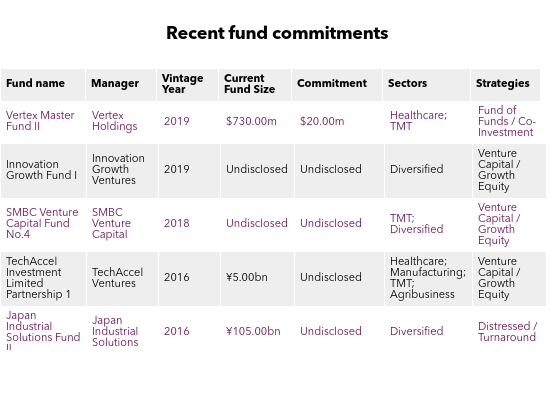 AlpInvest performance. In our latest Performance Watch, sister title Secondaries Investor looks at AlpInvest Partners. The Carlyle unit is seeking $8 billion for its seventh secondaries programme. To see how its funds have fared by net IRR and gross multiple, click here. 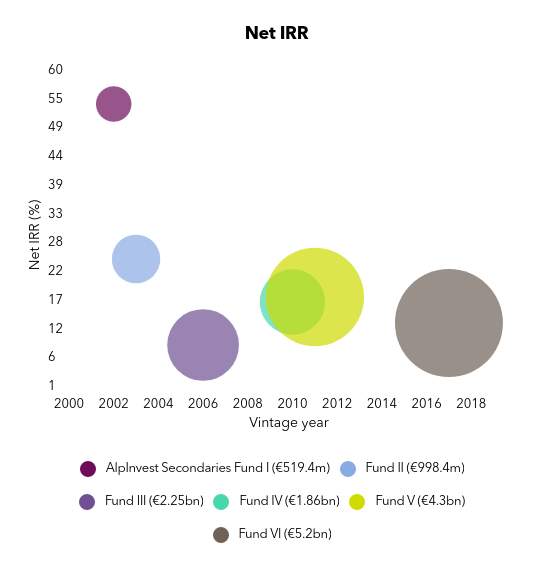 “Today we see something very different and far more sinister. Nihilistic forces are dismantling policies to protect our air, water and climate. And they seek to discredit the pillars of our democracy: voting rights and fair elections, the rule of law, the free press, the separation of powers, the belief in science and the concept of truth itself.”

Former US Federal Reserve chairman Paul Volcker’s afterword to his upcoming autobiography Keeping At It: The Quest for Sound Money and Good Government