“In so many ways, this is a better, stronger, more inclusive country than it has ever been. In other ways, progress still feels so elusive. There is still so much hate, bigotry, anger, violence and misunderstanding in our society that’s a lot harder to overlook after the events of this week.” 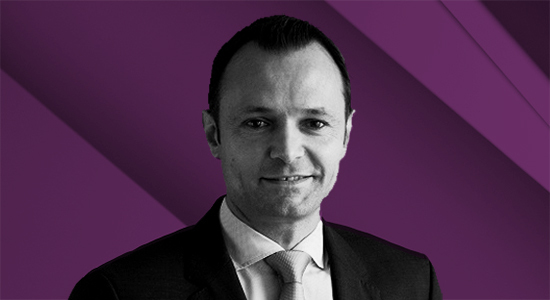 As we enter a massive market dislocation, who wouldn’t want to have a $19 billion war chest to deploy in the private equity secondaries market?

The question may not be as simple as it seems. Ardian, which yesterday announced its widely anticipated record-breaking secondaries fundraise, is a fan of large deals (think the $5 billion acquisition of a portfolio of fund stakes from Japanese bank Norinchukin). Right now the secondaries market is on pause. Distressed sales from the current crisis will more likely bubble up at the smaller end of the secondaries spectrum, sources told Rod James on Secondaries Investor, leaving the giant end looking quiet. Will Ardian be able to deploy such a stockpile?

One point to note is that the new fund is already 40 percent deployed, meaning Ardian has but a mere $8.4 billion in dry powder for secondaries. When we spoke to UK head Olivier Decannière (pictured), he did not seem anxious about putting the money to work. “We don’t intend to deploy the fund differently because of covid,” he said, adding he did see the crisis leading to forced sales.

Ardian has always danced to its own tune, as we explored in a 2017 profile. Expect the firm to forge its own path again when deploying this latest haul.

While enjoying a socially distanced coffee in a park with a partner from a London-based investment firm earlier this week, Side Letter was intrigued to hear the firm planned to return all its staff to the office after the summer (complete with perspex dividers between desks). Is your firm considering something similar? Let us know.

Eurazeo, China Investment Corporation and BNP Paribas have held a €400 million first close for their joint Eurazeo China Growth Fund, according to a statement. Capital raised will back French and European companies that want to expand in China. The trio are seeking up to €1.5 billion for the vehicle.

Six firms to watch. Which firms in the PEI 300 have hit the headlines over the last year – and why? We take a look at six firms from across the ranking that have made their mark in the private equity industry in the last 12 months, from an investment behemoth to an operational specialist to a San Francisco spin-out.

Flexibility required. As the covid-19 crisis has developed, more LPs have allowed their GPs to invest beyond their original mandates. We surveyed investors in March and then in May (125 in total) to see how they were faring amid the crisis. Here is a preview of some of the findings exclusive to Side Letter readers.

Chicago Teachers’ Pension Fund approved $40 million-worth of commitments to private equity funds at its May 2020 board meeting, a contact at the pension told Private Equity International. The commitments comprise of $10 million apiece to Sidereal Capital Partners I, Graham Allen Partners I, MB Special Opportunities Fund II and WM Fund II.

For more information on Chicago Teachers, as well as more than 5,900 other institutions, check out the PEI database.