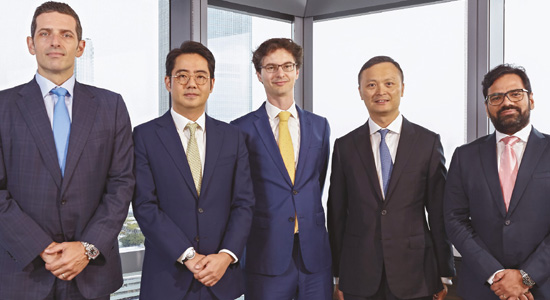 Dramatic headlines have become a mainstay of Asian private equity over the past 18 months and these risks have put a greater onus on managers to pursue different levers of growth, as PEI found in its Asia-Pacific roundtable. Executives from ICG, Campbell Lutyens, EQT, Adams Street and Debevoise sat down in Hong Kong to discuss which sectors are feeling the heat from US-China trade tensions, the region’s dealmaking slump and how managers are adapting in order to add value.

“Spain has become a core PE market in Europe and we’re no longer in the periphery”. So said Miguel Zurita, chairman of the country’s PE industry body at the sixth LPs & GPs Spanish Conference in London on Tuesday. Here’s why investors are flocking to Spain (and some key takeaways):

1. The country has rebounded since the crisis and LPs increasingly feel confident about its macro fundamentals: a healthier economy, more social cohesion and structural reforms as well as a profitable banking sector.

3. VC is on the up, with tech talent and investments flowing in.

4. ESG awareness among Spanish LPs and GPs is up, with generational change among GPs a key driver.

5. Moving into 2020 and beyond, Spain still has to grapple with structural challenges, including employment and productivity, budget deficits and an ageing population, says Gonzalo Garcia, chief economist of consultancy AFI.

Fresh charges have been filed against Bill McGlashan and 10 other parents in the college admissions scandal. The defendants allegedly “conspired to commit federal program bribery” by bribing employees of the University of Southern California, in exchange for which the university’s employees designated the defendants’ children as athletic recruits or as “members of other favoured admissions categories”, per US Attorney for the District of Massachusetts Andrew Lelling’s office. McGlashan, founder of TPG’s The Rise Fund, and three others have also been charged with wire fraud and honest services wire fraud. Arraignment dates are yet to be scheduled.

In other college admissions scandal news… VC firm Hercules Capital’s founder Manuel Henriquez and his wife have both entered a guilty plea on two charges: money laundering and a conspiracy to commit mail and wire fraud, sister title VCJ reports. The pair stand accused of, among other things, paying to have private proctors assist their daughters while taking college entrance exams and paying a Georgetown University tennis coach to accept their older daughter, though she hadn’t played competitively in years.

Operating partners prove their worth. Demand for operating partners is on the rise, according to a report by Heidrick & Struggles. Operating partners help drive firms to build out deeper teams, Jonathan Goldstein, regional managing partner, Americas for the executive search firm’s PE practice, tells us. The profile of operators has also undergone a change: firms are hiring people earlier in their careers, contrary to the previous trend of hiring semi-retired or retired professionals.

The problem with clawbacks in a downturn. GPs may not like to think about it, but as and when the downturn hits it may not just be portfolio companies they need to worry about. If a GP finds itself needing to pay clawbacks to LPs, will the cash be there? Yes there are escrow accounts in place, but these have their limits, say Meketa Investment Group’s John Haggerty and Blaze Cass in conversation with sister title Private Funds CFO‘s Brian Bonilla.

Longhorns, dragons and a pile of cash. Teacher Retirement System of Texas has approved a commitment of $26 million to Dragon Co-Investment Partners. Here’s a breakdown of the $152.2 billion US pension’s total investment portfolio. For more information on TRS, as well as more than 5,900 other institutions, check out the PEI database. 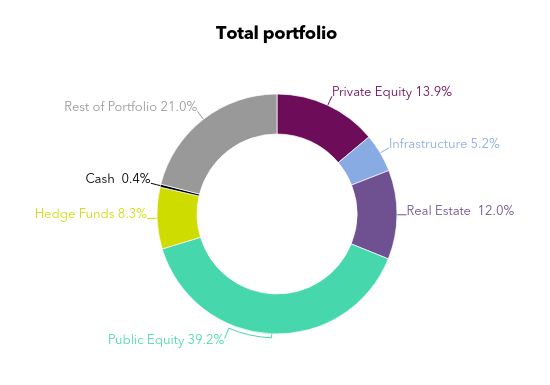 “We could have raised easily the entire $7 billion in Asia – there’s just that much capital there.”

Mike Psaros, founder of KPS Capital Partners, reflects on the ocean of capital available in the Far East for private equity on the back of closing two funds this month.