“For now, we are waiting and watching.”

Adarsh Sarma, co-head of Europe at Warburg Pincus, which invests heavily in financial services, discusses with Bloomberg the lack of an EU-wide arrangement for the sector in the Brexit trade deal. 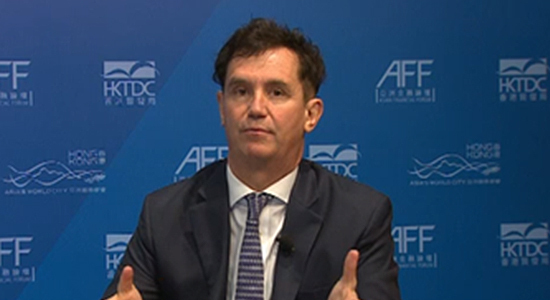 Alternative arrangements
Alternative assets represent a “massive opportunity” for wealthy Asian investors, according to Credit Suisse’s head of private banking for North Asia. Speaking at the virtual Asian Financial Forum on Tuesday, François Monnet said ultra-high-net-worth individuals in the region are well below its recommended 20 to 25 percent allocation to alternatives. “The reality unfortunately in Asia is a bit different,” he noted. “When you sum it up, the penetration is a single digit.”

A gander at Greenhill
GP-led deals accounted for 44 percent of secondaries deals done in 2020 – the highest level on record – according to a sneak preview of Greenhill’s annual survey. There were $26 billion of sponsor-led secondaries transactions last year, the same in dollar terms as 2019 but 14 percentage points higher as a proportion of total volume. Greenhill put total deal volume for 2020 at $60 billion, a dramatic bounce back from just $18 billion recorded in the first half. Sister title Secondaries Investor will have the full numbers later this week.

Impact performance
Nearly a fifth of investors have been pleasantly surprised by the performance of impact strategies. That’s according to a survey from the Global Impact Investing Network, in which 19 percent of respondents said impact had outperformed relative to their financial expectations and none believed they had underperformed. Investors focused on private debt had most reason to be pleased, with 26 percent reporting outperformance, versus 16 percent of those focused primarily on PE.

Lerner resurfaces
Another of Asia’s former placement agents has resurfaced at a GP. Chris Lerner, who had previously been head of Asia-Pacific for Eaton Partners, joined Chinese VC firm MSA Capital in October, Private Equity International reported yesterday. Lerner’s appointment comes as the firm raises its debut Emerging Technology Markets Fund, which will invest across the Middle East, North Africa and South-East Asia. Regional placement agents have moved in-house with increasing frequency during the pandemic, with executives from MVision Private Equity Advisors and Campbell Lutyens having made similar moves.