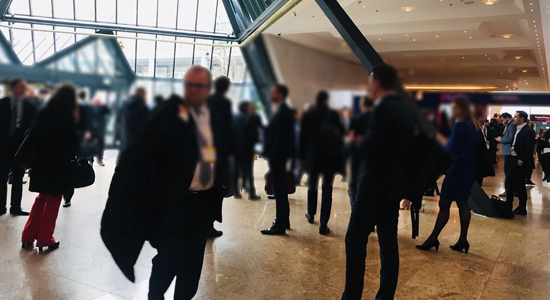 The coronavirus is dominating the usual PE discourse at SuperReturn in Berlin this year, reports Private Equity International‘s Carmela Mendoza. Some firms have postponed non-essential travel, while others have issued guidance to refrain from shaking hands and kissing. Investors such as HarbourVest Partners, Generali, LGT Capital Partners, ATP and AP2 have cancelled plans to come, but plenty have continued with business as usual. One Hong Kong-based GP dismissed fears of catching the virus at  a conference as “irrational”.

Captive funds aren’t every third-party LP’s cup of tea. This may explain why Tata Group, one of India’s largest multinationals, has scrapped plans to raise a successor to its 2011-vintage Tata Opportunities Fund. The group had been seeking $600 million for TOF II but decided not to sponsor the vehicle ahead of a first close late last year, PEI reported yesterday. Exactly why Tata lost its appetite is unclear: what we do know is that it offered the TOF team less than the 40 percent share of carry they’d earned in Fund I. It will surprise no one to learn that managing partner Paddy Sinha is heading for the exit, per AVCJ.

Although Caisse de dépôt et placement du Québec, one of the world’s biggest investors in private equity, is giving more prominence to directs in its PE strategy (see Kirk Falconer’s story for more detail), it is not giving up on funds. In fact, it has typically increased commitments to partners such as Ardian, Blackstone, Clayton, Dubilier & Rice, KKR and Silver Lake to ensure exposure to specific opportunities and markets. It’s also pursuing more deal relationships with non-fund partners.

Which US VC hosted a party at Soho House Berlin with entertainment by early noughties R’n’B superstar Usher and earnest magician David Blaine? Perhaps the manager in question wanted to remind assembled guests about a bygone era of returns. Were you there? Email us.

“This year people are not shouting from the roof top. It’s a more measured mood in comparison with recent years and the coronavirus is weighing on the atmosphere”

Are you part of the 300? We are currently gathering data for our annual ranking of the largest 300 private equity fundraising GPs globally, and we want to hear from you. To submit, please download this worksheet, fill it in and send it over to our senior researcher, Tom Zimmermann (tom.z@peimedia.com). All responses are confidential and used only for ranking collation. The methodology can be found on p. 1 of the worksheet but feel free to get in touch with Tom if you have any questions.

Anything Singapore can do … Hong Kong is taking a leaf out of Singapore’s book by launching a Temasek-like growth fund to invest HK$22 billion ($2.8 billion; €2.6 billion) in companies and projects related to the Special Administrative Region. Government sources say the investments would include technology companies and projects with high growth potential and return, and exclude real estate, according to the South China Morning Post. It comes as Hong Kong fights to mitigate losses caused by months of political turmoil and coronavirus fears, which have damaged business confidence, consumer spending and tourism.

Misra allegations. A Wall Street Journal story levels some remarkable allegations against Rajeev Misra, who runs SoftBank’s Vision Fund. The paper alleges that Misra hired people to run a smear campaign against his internal competitors for the role. A spokesperson for Misra described the allegations as “old” and “containing a series of falsehoods that have been consistently denied”, adding “Mr Misra did not orchestrate a campaign against his former colleagues”.

A SoftBank spokeswoman (as reported by the WSJ) said: “For several years, we have investigated a campaign of falsehoods against SoftBank Group and certain former employees in an attempt to identify those behind it. SoftBank will be reviewing the inferences made by The Wall Street Journal.”

Carbon kudos. European firm Investindustrial is set to become carbon-positive (ie offsetting more than 100 percent of its carbon emissions) across all its funds by the end of 2020, the firm announced today. Said founder and managing principal Andrea Bonomi: “As a firm we became carbon-neutral 10 years ago, for our investments in the funds five years ago and now carbon-neutral for the entire funds.”

SERS Ohio approves $125m in commitments. School Employees’ Retirement System of Ohio has agreed to commit $75 million to LBC Credit Partners and $50 million to Kohlberg Investors IX, a contact at the pension informed PEI. The $15.24 billion US public pension has a 10 percent target allocation to private equity. It currently has 9.5 percent allocated to the asset class.