Deploying capital in Australia is no mean feat, as BGH Capital, the Australian private equity manager launched by former TPG managing partner Ben Gray (pictured), knows all too well. The firm has been slow off the mark in deploying its A$2.6 billion ($1.8 billion; €1.6 billion) debut fund, having agreed only one deal since holding the first close in February 2018. It has so far avoided fee drag by using large credit facilities to avoid capital calls and could end up distributing cash before its first drawdown after acquiring a small public stake in medical business Healthscope as part of a failed bid last year.

A 3x-plus return on deals? Sounds good. How do you do it? Be a sector specialist. In healthcare. That’s what the team from G Square Capital have done – founded by a former doctor, the London-based firm is eyeing Europe’s fragmented healthcare market to make outsized returns on anything from dental chains to care homes. Mom-and-pop single care home businesses can’t possibly comply with “colossal” amounts of regulation in the industry, operating partner Ted Smith tells us. The firm aims to capitalise on this with a €500 million third vehicle.

A few months back we reported Alaska Permanent Fund Corporation was mulling another secondaries sale north of $1 billion. On Wednesday chief investment officer Marcus Frampton revealed the sovereign wealth fund had selected an intermediary for the process. The plan is to be opportunistic and hold off from selling if the desired pricing isn’t met, Frampton said. Last year Alaska sold around $750 million of private equity fund stakes to Ardian.

King of the bridge. Global Infrastructure Partners is nipping on the heels of Blackstone’s giant $25 billion fund, on pace to close its fourth flagship infrastructure vehicle on $20 billion in September, sources tell sister publication Infrastructure Investor. The firm has drawn $13.5 billion in commitments so far, nearly matching the total amount raised for its last fund, which became infrastructure’s largest closed-ended investment vehicle.

Alaska’s allocations. Speaking of Alaska, the sovereign fund has approved $170 million in commitments, including $50 million to L Catterton Growth IV and $15 million to Genstar Capital Partners IX. To find out more about the $65 billion fund, as well as 6,700 other institutions, check out the PEI database.

“Greybull has a record of owning businesses which fail, but where apparently Greybull does not lose serious money. In fact, from a number of its failed investments, it’s made money.”

Speaking to the BBC, the UK’s former City minister Lord Myners questions the family office investor’s stewardship of the companies it has operated in light of the collapse of British Steel. 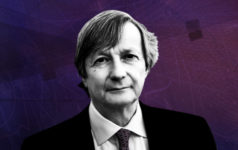 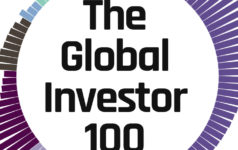 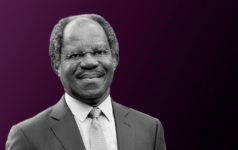