“We’re still in the world of estimates and guesstimates.” 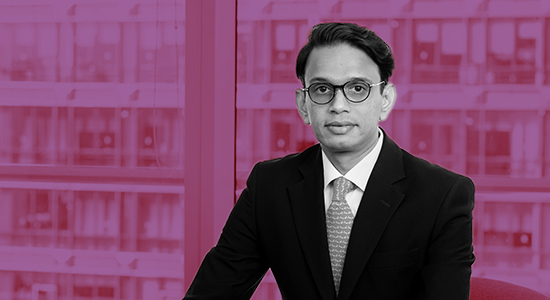 Carlyle’s India intent
Carlyle Group has appointed Amit Jain, a former Mumbai-based senior managing director and 10-year veteran at Blackstone, as co-head of the Carlyle India investment advisory team, per a Monday statement. Jain, whose departure from Blackstone was first reported by Bloomberg in January, will lead Carlyle’s India team alongside managing director Neeraj Bharadwaj. The latter was also named co-head of healthcare across Asia, along with China healthcare head Ling Yang.

Carlyle has invested and committed more than $5.5 billion in India across 44 investments to date. It is also one of a number of firms going big on India during the pandemic, joining the likes of KKR and Warburg Pincus in completing a several hefty deals there last year.

“Part of it is the opportunity becoming available – you can target a company but they have to be ready to raise the capital and there has to be a productive use of capital,” Bharadwaj told Private Equity International last November. “If you look at certain sectors like pharmaceuticals, which are the first line of defence from covid, your business has actually picked up tremendously, and so people want to raise capital to capture that opportunity.”

Net zero a necessity
COP26 is being used as a launchpad for policies that could have implications for private equity. Last week, chancellor Rishi Sunak announced that UK-based asset managers will be required to disclose their net-zero transition plans from 2023, according to affiliate title New Private Markets (registration required). Asset managers and publicly listed companies will be required to publish plans that “consider the government’s net-zero commitment or provide an explanation if they have not done so”. There has not yet been widespread adoption of net-zero targets by PE managers, with just 2 percent of the 533 funds examined in a recent StepStone report aiming to have net-zero emissions.

Ham Lane’s back
Hamilton Lane has launched its sixth secondaries programme less than a year after it closed its fifth vehicle, per last week’s earnings call. The firm anticipates a first close in Q1 2022. Fund V raised $3.9 billion in February after 25 months in the market, and was about twice the size of its 2015-vintage predecessor. The largest secondaries players have been returning to market in recent months after a period characterised by closes of smaller, more niche funds. Landmark, Lexington and Blackstone’s Strategic Partners are targeting at least $34 billion between them for secondaries, and will likely gather well north of that figure.

Russian returns
Despite the negative headlines around Russian private equity in recent years, there appear to be some reasons for optimism. Domestic real estate platform Cian, which is backed by PE firm Elbrus Capital, raised a reported $291 million in a US listing on Friday. Elbrus is understood to have sold about a quarter of its stake in the business, which it owned both in its 2014-vintage Fund II and 2019-vintage Fund III. A source with knowledge of the deal said the listing generated a 5.3x return and 23 percent IRR for the former vehicle, and 2.8x and 258 percent IRR for the latter. Elbrus has so far raised $316 million for its third fund against a $600 million target, PEI reported in September.