“We’re not chasing after every fund just because someone says they are investing an ESG fund. This is primarily a commitment that will meet our return expectations… which is equal to our expectations for private equity in general.” 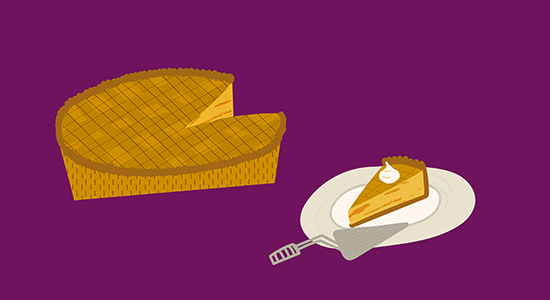 A rare stake
While GP stake sales might seem 10-a-penny these days, it’s not often that the seller is as large as CVC Capital Partners. Europe’s biggest private equity shop is in advanced talks over the sale of a stake in its management company to a GP stakes firm, Private Equity International‘s Adam Le reports this morning. The firm has been talking to a number of potential buyers, with Blue Owl – the entity formed through a merger of Dyal and Owl Rock – understood to be the frontrunner.

If successful, Blue Owl would join CVC’s existing shareholders, Singapore’s GIC and the Kuwait Investment Authority, to whom CVC sold part of a 10 percent stake in 2012. The buyer may even get a two-in-one deal, with CVC reportedly in advanced talks to acquire Glendower Capital, a London-headquartered secondaries firm.

The GP stakes market has been under the spotlight this year due to perceived potential conflicts of interest in some transactions, such as Dyal’s merger with Owl Rock. However, with the concept continuing to attract new entrants (including, most recently, Apollo Global Management) and blue-chip firms like CVC happy to consider selling, it would seem the strategy has never been in ruder health.

MSA doubles down
China’s MSA Capital is gearing up for two fresh fundraises before the year’s out, PEI reports this morning. The firm is expected to seek $600 million for its sophomore growth equity fund and $250 million for its third venture capital vehicle. MSA made headlines earlier this year by appointing Chris Lerner, former head of Asia at Eaton Partners, as a managing partner, and is notable as one of the few Chinese firms to be majority women-owned and led. It comes as Chinese VC looks set to have its best year for fundraising in a decade.

PAG’s close
Sticking with Asian growth equity, pan-regional giant PAG has this morning disclosed the final close on its sophomore growth fund (press release here). The Hong Kong firm collected $525 million for PAG Growth II against a $500 million target, a 50 percent increase from its 2018-vintage predecessor. Growth equity funds have taken off during the pandemic, with $32 billion raised in the first three months of the year alone, compared with $19.2 billion in Q1 2020, and roughly $70 billion in H1 2021. Click here to find out why.

Blackstone gets tactical
Blackstone is seeking $4.5 billion for its fourth tactical opportunities fund, our colleagues at Buyouts report (registration required). These funds are designed to target markets and sectors beyond the scope of Blackstone’s flagship vehicles, with an emphasis on less correlation and lower volatility. Its upcoming fund will comprise equity-like investments with upside potential, credit-like investments that generate cash yield and hybrid investments. Such vehicles appear to be gaining traction, with Brookfield having also secured $2.4 billion for its debut special investments fund and Apollo back in market with a second hybrid value fund.

VCERA has a 15 percent target allocation to private equity that currently stands at 11.8 percent.

The $7.08 billion US public pension’s recent private equity commitments have tended to target funds of funds and co-investments in diversified sectors.

For more information on VCERA, as well as more than 5,900 other institutions, check out the PEI database.