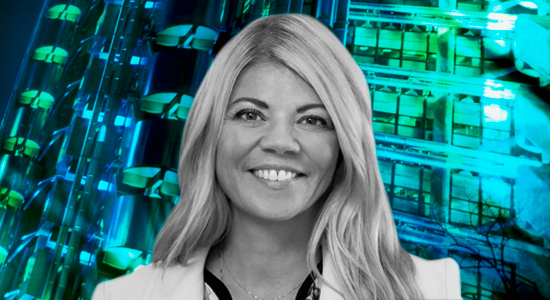 French investment firm Eurazeo has its sights set on growth investing in Europe and is looking to raise €1 billion for the strategy this year. On the firm’s half-year earnings call, chief executive Virginie Morgon (pictured) said the timing is ideal: there’s an estimated €2.5 billion needed by companies in this segment and the number of unicorns in Europe has grown eightfold in the last five years. Eurazeo has already made two hires in Berlin and London for its growth division. Growth equity has attracted more than $50 billion of capital in the first half of the year, according to our H1 fundraising report.

SoftBank Group is planning to launch a $108 billion successor to its Vision Fund, which will include $38 billion of its own money. SoftBank has already received memorandums of understanding from tech giants Apple and Microsoft, according to a statement. Japan’s Dai-ichi Life Insurance, Mizuho Bank, Sumitomo Mitsui Banking Corporation and Daiwa Securities Group are also backing the fund. Saudi Arabia’s Public Investment Fund is missing in the investor line-up but is in talks with SoftBank, according to the United Arab Emirates’ The National. Vision Fund generated a 45 percent net equity internal rate of return and a 29 percent net blended internal rate of return as of March, according to SoftBank’s latest earnings.

Secondaries fundraising saw its slowest half-year total since 2012. There had been $5.3 billion raised as of June 2019, falling 72 percent from H1 2018, according to sister title Secondaries Investor’s latest fundraising report. Average fund sizes also halved year-on-year to $484 million. Managers have also been spending longer on the fundraising trail, especially for vehicles larger than $5 billion. An average fundraising period of 11 months in 2016 is now two-and-a-half times longer. Fundraising is expected to jump to almost $50 billion in the second half, with final closes expected from some of the largest players. Expect the full report later today.

Yuan love. China Renaissance Group has collected more than 6.5 billion yuan ($943 million; €848 million) for its third fund denominated in the currency. Huaxing Growth Capital, the investment bank’s private equity unit, closed the vehicle with more than 1 billion yuan of oversubscription and added China’s National Social Security Fund as a new LP, in addition to Chinese banks, insurers and funds of funds. Launched in 2013, HGC had approximately $4.1 billion of AUM as of 31 December across three yuan and three dollar funds.

RE’s ESG. Private equity real estate still has some way to go in terms of ESG. A report from sister publication PERE found that 30 percent of institutions still don’t have an explicit ESG policy, while only 37 percent said ESG principles play a major role in investment decision-making. More than three-quarters (77 percent) of EMEA respondents have an explicit policy, compared with 65 percent and 56 percent for the Americas and APAC, respectively. Most respondents will still invest with a manager that fails to meet minimum ESG criteria during due diligence.

NMERB’s PE bets. New Mexico Educational Retirement Board has announced a commitment of $80 million to Five Point Energy III – with $30 million coming from its allocation to private equity and $50 million from its natural resources allocation.

Here are some recent commitments from the $12.5 billion US public pension. For more information on NMERB, as well as more than 6,700 other institutions, check out the PEI database. 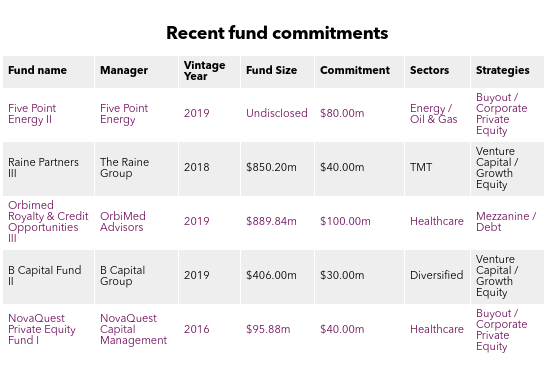 Eurazeo’s Virginie Morgon said during the firm’s half-year earnings call on Thursday that Eurazeo will speak more about this in the future.