“The opportunity is far bigger than this transaction implies because it’s making a statement about natural capital as an asset. Until it’s measured, no one will pay attention. But what gets measured gets managed.” 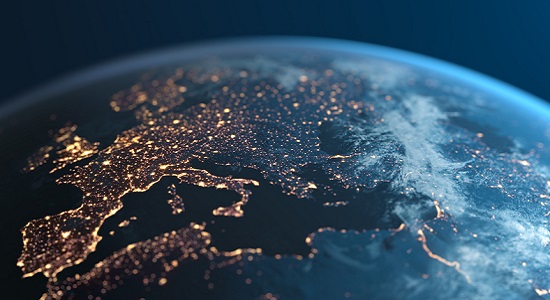 Cross-border outlook
Europe is the most attractive market to GPs for cross-border deals among Western geographies, according to a report from Inflexion-backed corporate services provider Auxadi. Most respondents (92 percent) plan to invest in the region, followed by the UK (85 percent) and North America (76 percent) over the next five years. Innovation across sectors, more opportunities for growth equity and strong returns are the main drivers – European buyouts delivered an annualised return of 15.06 percent since inception to end-2020, far ahead of the 5.48 percent achieved by the MSCI Europe index, according to data from Invest Europe. After a collapse in cross-border dealmaking in 2020, most respondents in the survey only expect full normalisation to happen in 2022.

More on inflation worries
Families and entrepreneurs ranked inflation as their number one concern about the investment climate overall, according to BNP Paribas Wealth Management’s 2021 Global Entrepreneur & Family Report. That differs across geographies – Europe and Gulf-based investors are prioritising it, while entrepreneurs based in emerging economies (such as Poland and Indonesia) and those with volatile currencies including Turkey and Brazil, were particularly worried about hyperinflation. US-based entrepreneurs said continued stock market volatility is more worrying, while APAC investors are concerned about high levels of corporate debt. “Is inflation a risk? Yes, but there are easy solutions including investing in equities, property and private equity,” Edmund Shing, global CIO of BNP Paribas Wealth Management, said during a press briefing on the report on Tuesday. “Do not get too anxious about hyperinflation. I don’t think hyperinflation is coming anytime soon,” he added.

LGT’s impact raise
Lightrock, a private equity impact investor created this year by banking and investment group LGT, has closed its first fund on $900 million, according to a statement. The fund will follow a growth equity strategy targeting European, Latin American and Indian companies focused on “impact themes of people, planet and productivity”. Our colleagues at New Private Markets (registration required) have the details.

UK life sciences/British Business Bank
Looking for a commitment to your life science or healthcare-focused fund? The UK government should be your next port of call. British Patient Capital, a commercial subsidiary of British Business Bank, this week launched a programme to make cornerstone commitments to later-stage venture growth funds focused on the UK’s life sciences sector. The programme has an initial £200 million ($275 million; €233 million) to deploy and is expected to attract at least an additional £400 million in private capital to be invested alongside BPC. Fund managers – either UK-based or those from abroad – seeking to raise funds of at least £250 million are eligible, and BPC will commit between £50 million and £100 million per fund. Details here.

Indiana Public Retirement System has confirmed $185 million-worth of commitments to a pair of private equity funds, a contact at the pension informed Private Equity International.

INPRS has a 10 percent target allocation to private equity that stands at 11 percent.

For more information on INPRS, as well as more than 5,900 other institutions, check out the PEI database.