Want to sell a slice of your firm to Goldman Sachs? You could be one of 15 lucky firms the investment bank’s fourth Petershill fund plans to acquire stakes in, US pension fund docs show. Petershill IV, which Bloomberg reported in May is targeting up to $4 billion, is expected to target global multi-billion-dollar firms, with a particular focus on private equity managers this time round, according to investment committee documents from the New Mexico Public Employees Retirement Association. GSAM has completed 27 GP stake investments since 2007, including Harvest Partners, tech specialist Accel-KKR and venture capital firm General Catalyst. Find out more about the fund here.

Lower mid-market spin-outs and independent sponsors have a new friend in Pacenote Capital. The placement agent, launched by four execs with placement agent and LP investing experience, has a strategic partnership with single-family office Pendyne Capital to help managers execute on pre-fund deals before they come to market with debut commingled funds. The firm has set a high bar: return expectations should be 3x and GPs must pledge a higher-than-average GP commitment. “LPs want to know that the GPs have meaningful personal skin in the game and are valuing their capital as their own,” co-founder Casey Peters (pictured second right) tells us.

3i wants secondaries in on Action

One of the UK’s oldest private equity firms is running a GP-led secondaries process with a difference. 3i wants to lift Action, an international discount store chain, out of the 2006-vintage Eurofund V into a separate vehicle backed by secondaries capital, per Secondaries Investor. Unlike most GPs, it has not hired an advisor to co-ordinate the process. Action has a carrying value of around £3 billion ($3.7 billion; €3.4 billion), 33 percent of which sits in Eurofund V, which means the deal could be as large as £1 billion. The real question, of course, is whether secondaries buyers will get as big a discount on the deal as shoppers can get in Action’s roughly 1,400 stores.

Just in: Intermediate Capital Group has hired Alan Jones to build the firm’s private equity business in North America. Jones, who was most recently vice-chairman of private credit & equity at Morgan Stanley, will work to hire a team of specialists who will target private equity investments in North American mid-market companies. He’ll be based in New York.

Blackstone’s $20-billion-buster.  Over in the world of real estate, the biggest has gotten bigger: Blackstone last week became the first private equity real estate manager to close a fund on more than $20 billion. The record-setting fundraise came as little surprise to the market, particularly after the firm announced it had secured 96 percent of its target for Real Estate Partners IX by the end of last year. It ended up $2.5 billion oversubscribed. Blackstone’s BREP series now has held four of the top five closings of all time, our colleagues at sister title PERE tell us.

EQT’s track record. We’ve been poring over EQT‘s IPO prospectus over the last week and found the detailed analysis of its track record fascinating. Since inception, the firm’s PE unit has delivered a 20 percent net internal rate of return and 2.4x realised gross multiple of invested capital across 74 exits. Of note is that assets purchased directly from the founders returned a 2.9x gross MOIC, compared with just 2.1x for secondary buyouts. Here are seven charts showing the Scandinavian giant’s private capital record. 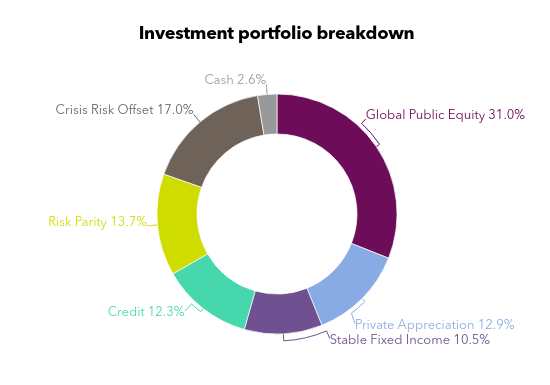 “Much of private equity today looks like approving mortgages for middle-income families to buy second homes in the Hamptons.”

Verdad Capital’s Brian Chingono argues that amid high valuations and entry multiples in line with the S&P 500, private equity has run amok.