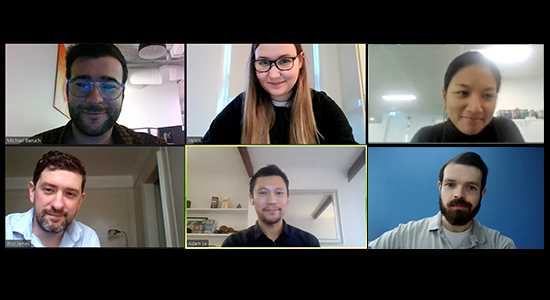 Happy holidays!
Today marks the last Side Letter of 2021. To say it has been an eventful year would be an understatement: from mega-fundraises to record dealmaking and a boom in secondaries, there has been plenty for the Side Letter elves (above) to write about. Keep an eye out for Private Equity International‘s ongoing Story of the Year series to refresh your memory as we venture into 2022. In the meantime, we’d love to hear what you enjoyed most about Side Letter in 2021, and what you’d like to see more (or less) of in the year ahead – let PEI‘s Alex Lynn know here. Until January, thank you for reading, stay safe, and enjoy an extremely well-earned break.

IMCO’s injection
While the sheer volume of mega-funds either already in or coming to market next year has prompted concerns in some quarters over investor capacity, some of private equity’s newest converts are making hay while the sun shines. Investment Management Corporation of Ontario is one such institution – the C$73 billion ($57.1 billion; €50.4 billion) pension has deployed C$2.3 billion into the asset class this year, of which C$1.5 billion was via funds, affiliate title Buyouts reports (registration or subscription required). Recipients included KKR North America Fund XIII and Ardian Buyout Fund VII.

While a Canadian institution pouring copious amounts of money into PE is by no means a new phenomenon, IMCO is notable for its relative nascency and the zeal with which it is piling in. The institution launched in 2016 to pool and invest Ontario public sector fund assets, taking as a model systems like Caisse de dépôt et placement du Québec.

IMCO aims to grow its PE AUM to C$6 billion or more by 2025, from around C$2 billion at the start of this year and, thanks to 2021’s breakneck investment pace, it is already two-thirds of the way there. PEI caught up with Craig Ferguson, the man tasked with leading this PE charge, this year, to discuss its plans to conquer the asset class in greater detail. You can read that deep dive here.

Investors from the Niger Delta look for alpha
For anyone thinking about promising new sources of LP capital, the chances are that Nigerian pensions aren’t high on the list. Research from the African Private Equity and Venture Capital Association suggests they at least deserve to be in the conversation. For such institutions, which had committed the equivalent of just $92 million to PE as of December 2020, or 0.29 percent of total pension assets, their 5 percent allocation limits mean that more than $1.5 billion may be unlocked for the asset class. Here’s what you need to know:

Really remote work
Flexible working has been the norm for some time, and some are now taking it a step further. Sixth Street, a credit and growth equity firm with $52 billion in assets under management, will permit its employees to work remotely for four weeks next summer so they can spend more time with friends and family, Bloomberg reports. The decision is a result of lessons learned from the pandemic, said chief executive Alan Waxman in a town hall meeting, noting that the announcement was scheduled to give employees time to make plans for next year. Side note: Sixth Street is an investor in Airbnb.

The return of The-Dumas
Audrey The-Dumas, a former managing director at Cambridge Associates in Singapore, has returned to her old stomping ground. The-Dumas rejoins Cambridge after three years away as a director at Schroders and, most recently, a senior vice-president at HarbourVest, per a statement. The-Dumas will be responsible for building, implementing and managing custom PE and venture capital portfolios for institutional investors, family offices and wealthy individuals. Cambridge is among those hoping to capture rising demands among Asia’s wealthiest individuals for the private markets – a dynamic we explored in greater detail here.

Wisconsin to allocate more cheddar
The $144.8 billion State of Wisconsin Investment Board received a recommendation on Wednesday to increase its target allocation for PE and debt (which it buckets together) to 12 percent, from 11 percent, next year. According to meeting materials, the change is to better reflect where the portfolio sits (12.8 percent) and future pacing, rather than a new strategic direction. The allocation range was also raised to between 9 percent and 15 percent, from 8 percent and 14 percent. SWIB’s combined PE and private debt portfolio grew 56.4 percent from 30 September 2020 to reach $16.7 billion dollars. The asset class has outperformed its benchmark by 3.1 percentage points on a one-year basis at 49.39 percent and 3 percentage points over three-years at 19.19 percent.

Teachers’ Retirement System of the State of Illinois has confirmed $305 million-worth of commitments across its private equity funds, according to its board of trustees meeting in early December.

The $65.1 billion pension fund is 0.7 percentage points over its 15 percent target allocation to private equity. The institution’s recent fund commitments have predominately focused on regions in North America.

For more information on TRS Illinois, as well as more than 5,900 other institutions, check out the PEI database.