“It’s probably a combination of a traditional IPO, a direct listing and a staggered lock-up release… that the leading investment banks have been working on, that will actually return some normalcy to the IPO markets in a traditional format.” 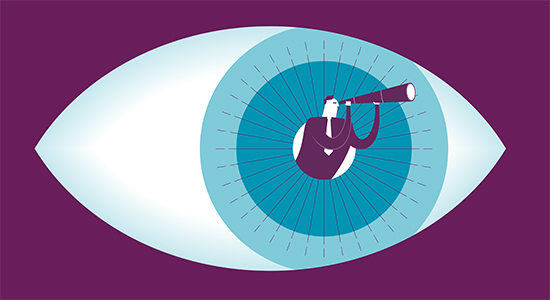 Second (In)sight
Tech giant Insight Partners is repositioning itself to be able to make further secondaries investments. Here are some key takeaways:

Such funds can facilitate acquisitions once the vehicle has run out of capital to deploy. Others, such as the 2019-vintage TA Associates Select Opportunities Fund, are used to acquire minority stakes in portfolio companies its main fund is selling as a way to hold those investments longer. The takeaway: more blue-chip GPs are getting into the secondaries game.

Fidelity shoots for the Moon(fare)
Asset management giant Fidelity has acquired a minority stake in online fundraising platform Moonfare, per a statement. The partnership will provide Fidelity’s institutional and wholesale clients with access to funds offered on the Moonfare platform, which to date have included vehicles from EQT, The Carlyle Group and Warburg Pincus. The tie-up is Moonfare’s second major partnership this year, having teamed up with Lexington Partners in January to make the platform more liquid for its users. First Vanguard, now Fidelity… further signs private equity is moving downmarket, as we detailed here.

Eurazeo’s fundraising
Eurazeo is rolling out successor funds for its growth, capital and private debt strategies this year, according to its 2020 annual results. The firm is also expected to seek third-party capital for Eurazeo Patrimoine and Eurazeo Brands, its respective real estate and retail units that were previously financed from its balance sheet. Eurazeo gathered €600 million from LPs in the first two months of the year and fundraising was up 19 percent year-on-year in 2020 to €2.9 billion, of which more than 80 percent was for PE. Chief executive Virginie Morgon says the firm is “on track” to double its €22 billion of AUM within as little as five years.

Korean fracas
A Korean PE dispute between Affinity Equity Partners, IMM Private Equity, Baring Private Equity Asia and Singapore’s GIC and their portfolio company Kyobo Life Insurance could have temporary implications for dealmaking in the country. The spat – which Side Letter detailed in January – has sparked concerns that PE buyers will be deterred from minority investments, at least until the matter is settled, as PEI explores.

While we’re on the subject…
Korea’s financial regulator tightened restrictions on the asset class last week following a number of high-profile scandals in its retail PE market. Funds will now have to submit sales reports to the regulator more often and their total number of investors will be the subject of heightened scrutiny, reports Korea JoongAng Daily. This abstruse corner of the market – which mainly comprises ‘mom and pop’ firms – has grown apace in recent years, leading to a spate of alleged frauds and a regulatory crackdown, including an increase to the minimum commitment size for PE funds last month.