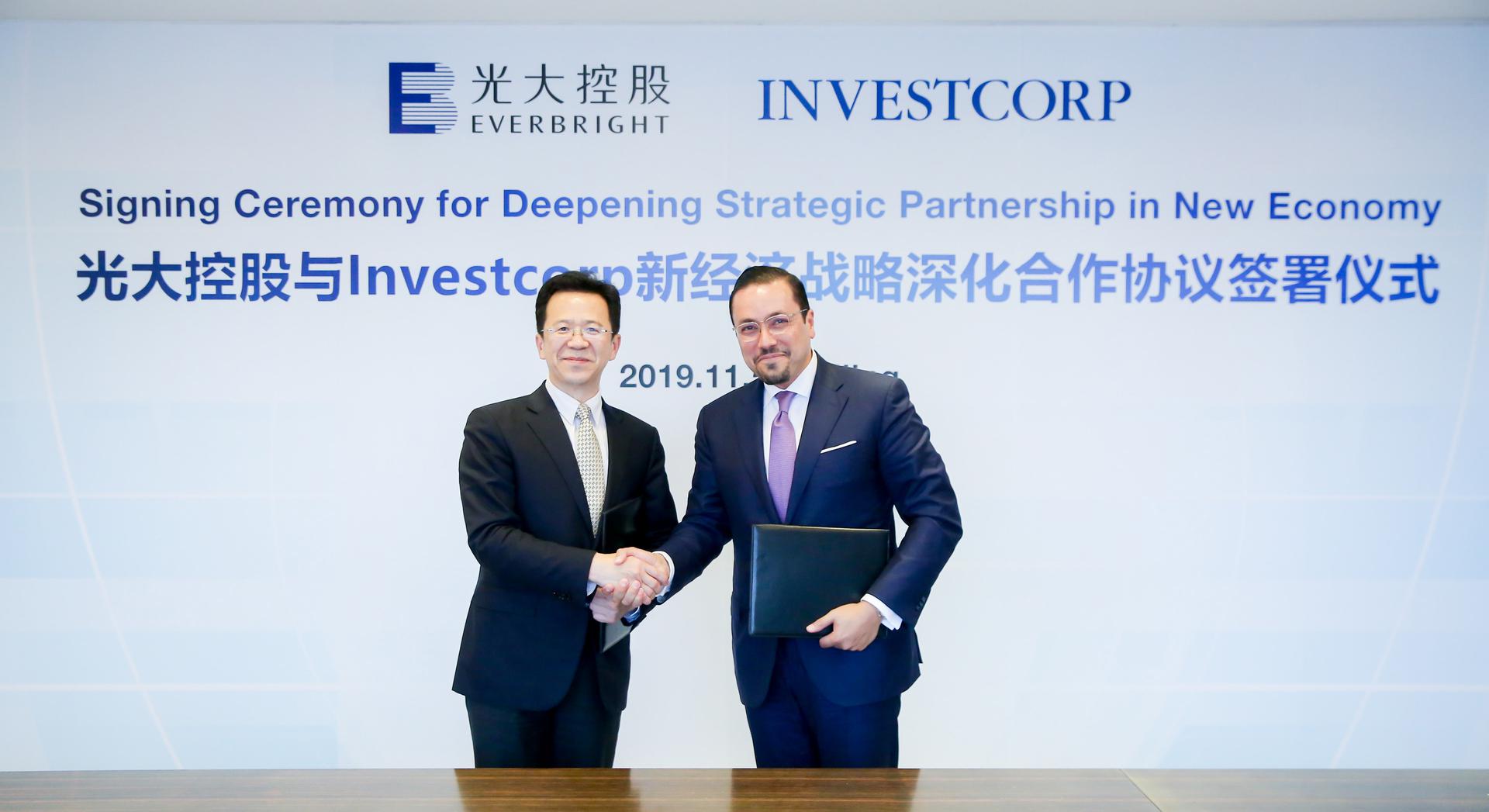 Investcorp and Everbright team up for Chinese tech

Investcorp and financial services conglomerate China Everbright have joined forces to hunt for truffles in the Chinese technology market. The investment managers have combined teams and investment committees to jointly manage the China Everbright New Economy Fund, a $500 million tech vehicle to which Investcorp committed $250 million back in 2018. A follow-up fund is also on the cards, according to a statement announcing the alliance.

“This is our most significant step so far towards expanding our footprint into… China, and is in line with our strategy of growing AUM through global expansion,” said Investcorp’s co-CEO Hazem Ben-Gacem (pictured above right with Zhao Wei, CEO of Everbright).

Investcorp also partnered with China Resources and Fung Strategic Holdings for a $500 million PE fund focused on food brands in China and South-East Asia. The three parties signed an initial funding agreement of $300 million, according to a joint statement.

General Atlantic is shaking up its senior leadership team, promoting Gabriel Caillaux, Martin Escobari and Anton Levy into newly created co-president roles. The trio will be working with chief executive Bill Ford on the firm’s strategy and take on greater responsibility for investor engagement and the global investor programme. Caillauz leads GA’s business in EMEA, Escobari leads the Latin American business and chairs the investment committee, while Levy leads its global tech investing activities. In addition, chief financial officer Tom Murphy is also set to retire at the end of 2019 and will be replaced by Michael Gosk, who joined as an operating partner this year.

SoftBank chief exec Masayoshi Son admitted his “judgment in investment was not right in many ways” when it came to WeWork. Speaking through a translator on a Q2 earnings presentation, Son said SoftBank had “overestimated the value” of the company and vowed it wouldn’t happen again, adding the Vision Fund will increase its focus on governance and clear standards for portfolio companies. Vision Fund contributed a ¥970 billion ($8.9 billion; €8 billion) operating loss during the quarter. Both the Wall Street Journal (paywall) and the FT (paywall) have dug into the inner workings of the Vision Fund over the last week, unearthing some astonishing details.

In the last instalment of our Deep Dive into the numbers that lie we get to grips with the tricky but sticky IRR. It’s derided by many but still used by nearly everyone – and it’s not going anywhere anytime soon. Investors beware: there are two ways headline IRR can prove a false friend. We also take a look at fee offsets, deal attribution and loss ratios. Read the rest of our Deep Dive series here.

Tikehau gets into private debt secondaries

French investment firm Tikehau Capital is set to launch its debut private debt secondaries vehicle, said Cecile Mayer-Levi, head of private debt at the firm, at the Women in Private Equity Forum in London on Wednesday. It is unclear how much the firm is targeting and when it will begin raising capital. Mayer-Levi noted that “private debt has been growing fast and will be growing similar to private equity, with increased opportunities to buy secondaries and private debt commitments”. Tikehau raised €2.1 billion in February this year for its fourth Tikehau Direct Lending fund.

Infra’s heavy hitters. Infrastructure is an asset class feeling like half-a-trillion bucks. Sister publication Infrastructure Investor’s ranking of the 50 largest infrastructure managers found that between them they have raised $496 billion in the last five years. And small change doesn’t cut it anymore either: a firm needs to raise at least $2.45 billion to even crack the list.

Canada VC. HarbourVest Partners has held the final close on its second Canada-dedicated venture fund. HarbourVest Canada Growth Fund II was oversubscribed and closed on its C$300 million ($228 million; €206 million) hard-cap after six months in market. BDC Capital, the investment arm of the Business Development Bank of Canada, anchored the fundraise, as with its 2015-vintage C$375 million predecessor. US and European LPs, primarily institutional, corporate and high-net-worth investors also backed the fund, the firm said.

Don’t forget… The deadline for sending in your submissions to the PEI Awards 2019 is next Friday, 15 November. Here’s a reminder of everything you need to complete your submission.

MWRA is shopping for a manager. Massachusetts Water Resources Authority Employees’ Retirement System has issued an RFP for an inaugural private equity manager. The mandate in question will be up to $20 million. Here’s a breakdown of the $565.55 million pension fund’s total investment portfolio. For more information on MWRA, as well as more than 5,900 other institutions, check out the PEI database. 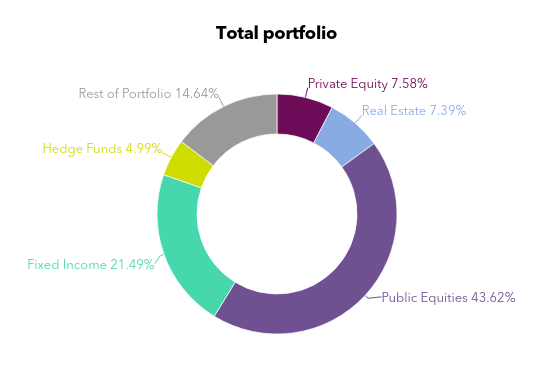 “The geopolitical risk component has skyrocketed in importance in determining whether or not you should make an investment, and if you do, what are the risks and how do you mitigate them.”

Chairman of the KKR Global Institute David Petraeus says that in the six-and-a-half years he has been with the buyout giant, geopolitics has come to play an ever-greater role in investment decisions.