“This year we expect the market to surpass $100 billion for the very first time.” 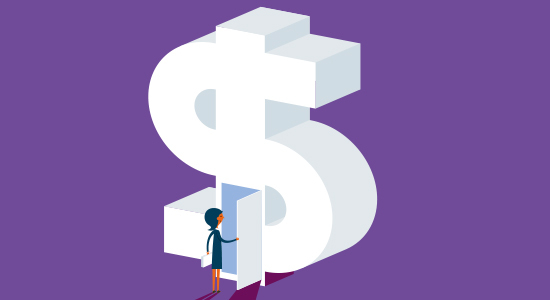 The bank joins a host of firms entering this space: Blackstone raised $4.5 billion for the largest debut growth fund in March, while EQT and Carlyle are both expected to launch new offerings of their own. You can read the second instalment of Private Equity International‘s latest Growth Equity Special Report here.

Thai’s the limit
Readers could be forgiven for assuming Thailand’s PE market is the preserve of risk-friendly DFIs. In reality, the challenge for sponsors is not political or economic instability, but rather the rude health of its capital markets. Those PE firms able to stand out in a market dominated by lending and listings have found themselves in an enviable niche, with limited competition and some exciting return prospects. We’ve outlined Thailand’s key players, deal environment and long-term outlook in this handy beginner’s guide.

ICG’s $40bn
European debt giant ICG expects to raise $40 billion over the coming four years, chief executive Benoît Durteste said on a Tuesday earnings call. Fundraising should reach a high-point next year, with the firm seeking €7 billion for its eighth European debt fund and $5 billion for its fourth GP-led secondaries fund. ICG raised $10.6 billion in the year to end-March, 19 percent more than in 2020 and bringing third-party AUM to $56.2 billion.

US-China fallout
President Biden last week signed an executive order clarifying and expanding Trump-era restrictions on US investments into certain Chinese companies. While the EO so far only applies to listed companies, Side Letter asked Chen Zhu, a Hong Kong-based partner at law firm Morrison & Foerster, whether there could be implications for PE. Here’s his take:

“PE investments are not directly impacted unless the investments are in publicly traded securities (for example, a US PE fund would be prohibited from doing a take-private transaction of a designated, publicly listed company). Beyond what is specifically prohibited by the EO, however, these sanctions will likely have a chilling effect on US parties’ dealings generally with the designated companies, and with other Chinese companies linked to the defence and surveillance technology sectors. There will also likely be a negative impact on the valuations of these categories of companies.”

Deteriorating relations between the two nations have prompted concerns over diminished US appetites for Chinese GPs, a dynamic we explored last year.

Shooting for the Moon
Fundraising platform Moonfare is seeking €100 million for its second vehicle intended to provide investors with at least €50,000 and access to some of the world’s largest buyout funds, (press release here). Moonfare raised €70 million from 425 investors last year for Buyout Portfolio I, which backed nine funds, including the €15.6 billion EQT IX and $15 billion KKR Asian Fund IV. Dive into our coverage of the democratisation of private markets here.

Schroders overhaul
Schroders has collected all of its private assets brands under one unit (press release here). Schroders Capital will oversee £46.1 billion ($65 billion; €54 billion), comprising the group’s PE, private debt, real estate and infra investments, among others. The combined business will also include impact arm BlueOrchard, which will retain its branding.