Last month saw the gnarliest (read: biggest) fund closed so far this year: the $17.5 billion Advent International GPE IX. Raised in just six months, GPE IX dwarfs the second largest fund by a whopping $13 billion. The fundraises offer a cross-section of today’s private equity market, from China and South-East Asia and US mid-market primary funds to a secondaries fund and a co-investment vehicle.

Centurium Capital, a Chinese private equity firm launched in 2017 by David Li, former head of China at Warburg Pincus, has collected $2 billion for its first dollar-denominated fund after just over a year in market. The firm previously raised 6 billion yuan ($871 million; €772 million) across two funds, one of which is sponsored by Chinese ride-hailing business UCAR and the other by a local healthcare company.

Today we’re bringing you the final two investors in our celebration of private equity’s most adventurous LPs: the “master co-ordinator” building out an impressive portfolio at a Japanese giant; and the Asia-based family office investor “driving change from the bottom up”. Anyone you think we missed in this initial list? We’d love to hear about them.

Singapore swing. GIC has increased its allocation to private equity due to macroeconomic concerns, the FT is reporting (paywall). The $100 billion sovereign wealth fund has a 12 percent allocation to private equity, up from 9 percent in 2017. The move reflects its “cautious stance” towards US-China trade tensions and the question of whether central banks could handle any negative shocks following a decade of low interest rates, according to chief executive Lim Chow Kiat.

Woman power. Gender-diverse private equity investment committees deliver higher returns and lower risk of failure, according to a study by HEC Paris and MVision Private Equity Advisers. The research analysed the gender balance of nearly 2,500 buyout deals in North America and Europe and found that ICs with at least one female outperformed all-male ones by delivering more alpha, 0.52x more total-value-to-paid-in multiple and 12 percentage points more IRR. The failure rate for gender-diverse teams is 8 percent lower.

Around 200,000 music lovers descended upon Worthy Farm in England last week for the Glastonbury Festival. Passing by the Other Stage on Friday, one of the Side Letter crew spotted the head of a global placement agent, dancing to his heart’s content. Get in touch if you think you can guess who it was.

“After 15 years shovelling vast amounts of salt with a dessert fork I have joined Akin Gump on the promise of a shovel. Business as usual, new office.” 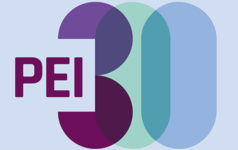