“Sports is an industry which is not very institutionalised, and I do think private equity can be a bit of a catalyst in institutionalising what is a very attractive industry.”

BC Partners’ Nikos Stathopoulos discusses the monetisation opportunity of sports as content in an interview with Bloomberg TV – something we delved into last year. 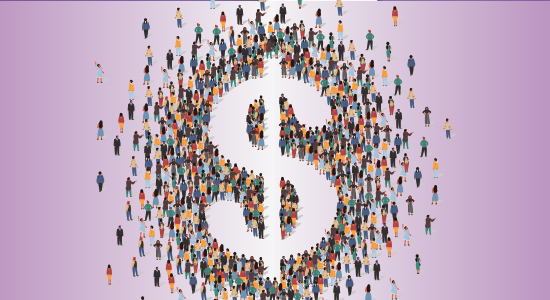 KKR’s retail therapy
A subsidiary of online fundraising platform iCapital has taken over management of KKR‘s PE vehicle for retail investors, per a statement. iCapital KKR Private Markets Fund – formerly known as the Altegris KKR Commitments Master Fund – offers accredited investors access to a portfolio of primary fund commitments, secondaries and co-investment stakes, most of which are managed or advised by KKR, according to a November performance update. The firm has also taken an equity stake in iCapital.

KKR’s vehicle is an example of a 40 Act fund – increasingly popular yet complex structures that typically feature lower entry thresholds, more frequent liquidity events and less onerous tax reporting. Private Equity International explored how these vehicles are helping to democratise PE in its latest magazine, which you can download here.

And breathe…
UK PE executives can sleep a little easier after yesterday’s Budget. We reported on Tuesday of industry fears that a potential hike in capital gains tax could spark a flight of capital from London. Chancellor Rishi Sunak’s speech instead allayed these fears and laid out some intriguing initiatives for the industry, as ex-BVCA chief Tim Hames argues in a guest commentary for PEI. Here are some highlights:

Also worth noting is Sunak’s pledge to “give the pensions industry more flexibility to unlock billions of pounds from pension funds into innovative new ventures”.

Future 40 star on the move
Emily Brown, a private funds lawyer who was named in our Future 40 Leaders of Private Equity list of 2020, is set to join Ropes & Gray as a partner, Side Letter has learned. Brown, who joins the law firm’s asset management group in April from Schulte Roth & Zabel, has advised major institutional investors and GPs on matters including fund investments, co-investments and fund formation. Peers describe her as “practical, commercial and always on top of her brief” and “the definition of a trusted counsel”, we reported at the time (NB: our latest Future 40 is due out in May).

Spanish steps
Spanish mid-market firm Alantra has acquired a stake in a distributor of alternative investment funds to Spanish, Italian and Portuguese investors. Alantra has purchased a 40 percent stake in MCH Investment Strategies from MCH Private Equity, an Iberian PE and VC manager that has now fully exited its position, per a statement. MCH Investment Strategies, which represents or manages about €3 billion of AUM, has distributed vehicles for secondaries specialist AlpInvest Partners and PE giant Apollo Global Management. The partnership will enable both Alantra and MCH to access more institutional investors, while the latter can also distribute a greater number of fund products.

The Singapore connection
Singaporean investors Temasek and GIC once again top the list of the most acquisitive sovereign wealth funds, according to a report by Spain’s IE University and ICEX-Invest. The pair were responsible for more than 65 percent of the 165 direct investments made by SWFs between July 2019 to September 2020. The US is the preferred country for SWFs to hunt for deals, followed by China. Temasek in particular has been making a name for itself in the US, a process PEI explored in depth last year.