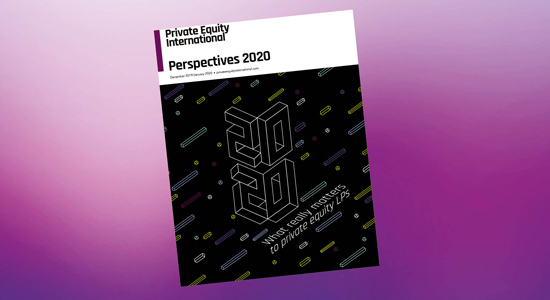 How LPs view the world

The wait is over: our eighth annual LP Perspectives Survey is out now! This year we surveyed 146 institutional investors to find out what’s driving them, what’s worrying them and how they see the future of the asset class.

First up: we take a look at the seven most telling, intriguing and surprising findings from the study, including that LPs are having a tougher time justifying private equity fees, confidence in private equity – while still high – has actually dipped, and that LPs really aren’t all that keen on their GPs selling stakes in their management companies.

PE on the rocks

The first in our fresh series Cocktails with PEI is a candid chat with Asante Capital founder Warren Hibbert. Over an evening of old fashioneds and whiskey sours, the placement agent describes his relationship with industry veteran and MVision founder Mounir “Moose” Guen, his advice for anyone thinking of spinning out, and how not to raise a debut fund. In vino veritas, as they say…

The private equity industry continues its dalliance with football’s elite. London’s CVC Capital Partners is reportedly looking to score a deal with FIFA to acquire the commercial rights to a revamped Club World Cup, according to the FT. It’s also said to have been contacted by Real Madrid president Florentino Perez about creating a new club competition. CVC’s interest comes weeks after Silver Lake sealed a $500 million investment into Manchester City owner City Football Group.

EQT needs YOU. Are you a master’s student wondering what to work on for your thesis? EQT Ventures has got you. It’s looking for just such a person to write their thesis in collaboration with the EQT Ventures Analytics team this spring in Stockholm. According to a Medium post, the team is looking for someone who wants to do a master’s thesis project using Motherbrain, EQT’s machine learning platform. “The goal is to test the hypothesis that modern machine learning technologies can automate complex tasks, such as investment decisions, if built in the right way with humans in the loop. That could be anything from applying computer vision or BERT for automated pitch deck assessment to automated predictive modeling of business case scenarios.” Apparently, everything’s all set to go – you’ll probably want to get your application in early for this one, which is already causing a buzz on LinkedIn.

Wiseman’s out. In case you missed all the commotion at the end of last week, former Canada Pension Plan Investment Board president Mark Wiseman has been ousted from BlackRock for failing to disclose a consensual workplace relationship. The departure of Wiseman, who was global head of active equities and chairman of the firm’s alternative investment unit, has triggered a suspension on all new deal activity from the firm’s Long Term Private Capital Fund, which has gathered $2.75 billion against a target of as much as $12 billion. BlackRock will need to seek permission from the vehicle’s LPs to continue investing.

For more information on APFC, as well as more than 5,900 other institutions, check out the PEI database. 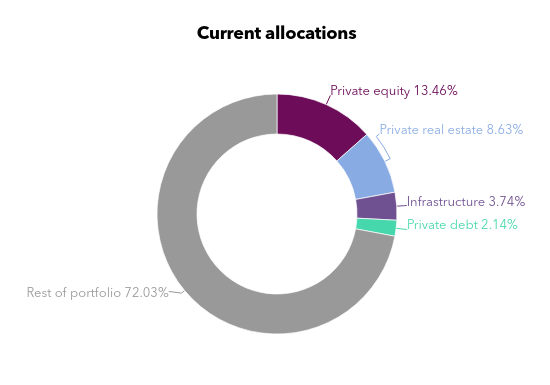 “This is not who BlackRock is. This is not our culture. We expect every employee to uphold the highest standards of behavior. This is especially critical for our senior leaders.”

In a memo to BlackRock staff, chief executive Laurence Fink and president Robert Kapito announce the termination of global head of equities Mark Wiseman for violating the firm’s Relationships at Work Policy.