“Every person – including potential asset managers – you meet, ask yourself if you would enjoy having two beers with this person, and if you would be willing to have them watch your puppy over a weekend.” 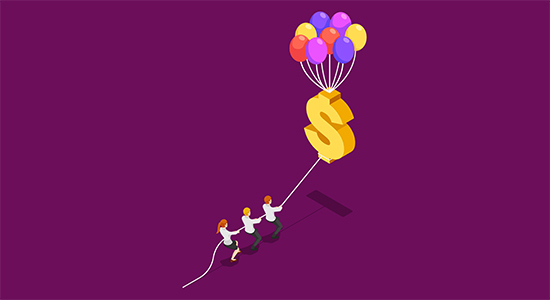 LPs on inflation risk
Investors seem unperturbed by the spectre of inflation. On the contrary, LPs at PEI’s Women in Private Markets Networking Day last week pointed to the possibilities that can arise from volatility in areas such as private debt, distressed assets and cyclical industries like industrials. As Denise Le Gal, chair of the UK’s Brunel Pension Partnership, noted: “We shouldn’t be afraid of inflation or volatility because it does create opportunities.” More here.

Not everyone in the industry is as optimistic about rising inflation, with Blackstone’s chief operating officer, Jon Gray, last month calling it the “major risk that’s out there today“.

Not so Blue Owl
With the protracted Dyal/Owl Rock saga finally having reached a conclusion, our colleagues at Buyouts caught up with the new entity’s co-president Michael Rees to discuss Blue Owl Capital’s next steps (registration required). Here are some key takeaways:

ICYMI
PEI has put together this handy profile of the individuals left at the helm of Apollo Global Management in the wake of co-founder Josh Harris’s decision last week to step away from day-to-day activities at the firm. His exit is likely to happen in the first quarter of next year.

India’s covid crisis
The US VC community is banding together to help fight India’s covid crisis, our colleagues at Venture Capital Journal report (registration required). Ashu Garg, general partner of Palo Alto firm Foundation Capital, for example, has co-launched OneMoreBreath, a non-profit organisation seeking $3 million to provide 2,000 hospital beds in India, each of which could save 20 lives over the next three months. Click here to donate.

CPP’s windfall
CPP Investments just had a bumper year for PE. The C$497.2 billion ($412 billion; €340 billion) pension reported a 34.4 percent return for the asset class in FY 2021, up from 6.2 percent in the prior fiscal year, according to its latest annual report. The windfall vindicates its 2018 decision to integrate the once-divided areas of direct investing, funds, secondaries and Asian investing into one amped-up PE platform (registration required).