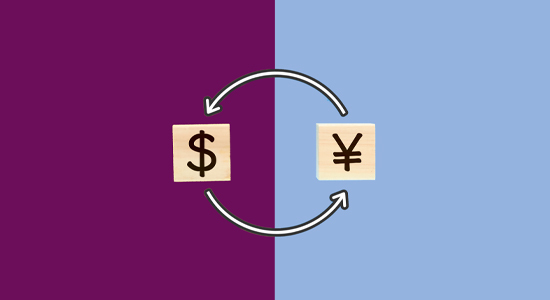 Japan’s yen dilemma
As if this year’s crowded fundraising environment wasn’t already challenging enough for LPs, those in Japan have another new headwind to contend with: currency depreciation. The yen has lost more than one-fifth of its value this year and recently hit a 24-year low against the dollar.

“It’s a big problem for those of our clients that invest via Japanese yen,” one senior executive at a large gatekeeper tells Side Letter. “Most of their fund commitments are in USD or euros, meaning their investment capacity has been significantly reduced. Some of them need to think about either decreasing their ticket sizes or the number of commitments they’re making.” These capacity constraints, the executive said, have been exacerbated by the number of re-up opportunities hitting LP desks this year.

This may not an isolated phenomenon: the UK has also seen the pound plummet. The flipside to currency depreciation is that, while commitments to USD funds may be smaller, distributions will also be larger. Though this is likely to mitigate liquidity pressures arising from currency depreciation in more established portfolios, the gatekeeper is quick to note that many Japanese private markets portfolios are still relatively young, meaning they commit much more than they get back. Western GPs seeking capital from Japanese LPs may find the process a little tougher as a result.

Pantheon’s private wealth recruits
Pantheon has made a brace of senior hires in its private wealth business. Alex Denny, formerly head of Fidelity International’s investment trust business, joins as managing director for European private wealth, and Nicole Parker, previously a vice-president at Goldman Sachs Asset Management, joins as managing director for US private wealth, per a statement. Pantheon noted the hires “reflect increasing investor demand” for its $6 billion evergreen platform. This includes two UK-listed investment trusts and the US Securities and Exchange Commission-registered AMG Pantheon Fund, which the firm said this year became the third registered PE fund to pass $1 billion in assets under management.

The cost of compliance
Maybe it’s impossible to put a value on a good compliance officer, but Wave Equity Partners might have a better idea than most. The Boston-based PE firm has agreed to pay $325,000 in fines and to accept censure to settle allegations that it improperly borrowed money from one of its funds to pay placement agents, and then didn’t properly disclose the loan to its investors, our colleagues at Regulatory Compliance Watch report (registration required).

The SEC wants you to know that things might have gone a lot worse for Wave if it hadn’t hired a compliance officer last year. “In determining to accept the offer,” the Commission said in a 23 September settlement order, it “considered remedial acts undertaken by respondent. Respondent’s remedial efforts included fully repaying the loan with interest, hiring a new chief compliance officer, engaging an outside compliance consultant, and convening a management committee that is charged with providing more stringent and timely oversight of the compliance programme by senior management.”

While we’re on the subject…
PE sponsors are using recent SEC enforcement actions as examples of what can go wrong if the Commission’s pay-to-play rule is violated and taking the opportunity to reinforce their policies to comply with the rule, our colleagues at Private Funds CFO report (registration required). As the midterm elections approach and people consider donating to various candidates, sponsors are educating their employees about how best to comply with the SEC’s pay-to-play rules, violations of which are a real concern for those managing public pension money. Igor Rozenblit, managing partner with Iron Road Partners and former co-head of the SEC’s Private Funds Unit, urges firms to: