“I’m excited to be here, following the conclusion of my very poorly planned recent sabbatical.”

Marc Rowan, soon-to-be CEO at Apollo Global Management, opens the firm’s Q4 2020 earnings call Wednesday following Leon Black’s decision to step aside. He was referring to not being able to travel anywhere or do anything during the pandemic. 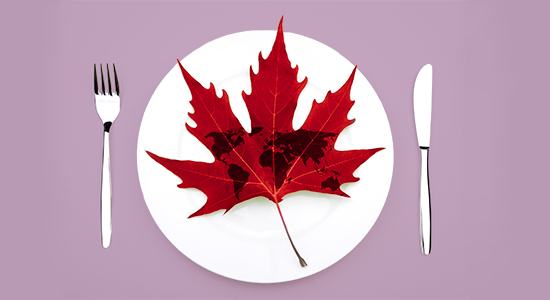 Meet Canada’s hungriest LP
Here’s a hypothetical scenario: you’re a large pension fund that’s comparatively late to the PE game. In an increasingly competitive landscape, how do you scale your PE operations and AUM at speed? These are some of the questions facing Investment Management Corporation of Ontario, a C$70 billion ($55 billion; €45.8 billion) pension manager, whose PE head Craig Ferguson was subject of PEI‘s latest Deep Dive out this week.

The Toronto investor aims to at least triple its C$2 billion PE AUM by 2025. In true Canadian fashion, a high ratio of co-investments to fund commitments will be at the heart of this push. And with a pandemic-induced flight-to-quality making it even harder to find an allocation, IMCO will prioritise mid-sized funds where its cheques are likely to make a big impression. GPs in market with such a fund might consider giving Ferguson a call.

Apollo seeks satisfaction
Apollo Global Management says its response to an investigation around Leon Black’s relationship with Jeffrey Epstein may not satisfy the firm’s entire investor base. The “vast majority” of Apollo’s 1,500 LPs, as well as their advisors and consultants, were satisfied with its recent governance and leadership changes, soon-to-be chief executive Marc Rowan said on the firm’s Q4 2020 earnings call Wednesday. A smaller proportion may, however, want to see how these tweaks unfold, he noted. The firm’s PE AUM rose 5 percent to $81 billion in Q4 and Rowan expects third-party fundraising to build “significantly” following the reforms.

More rain in Spain
Spanish buyout shop Queka Real Partners has held the final close on its debut fund on its €151 million hard-cap, per a statement seen by PEI. The mid-market firm is led by four partners, including Patrick Gandarias, former head of Spain at CVC Capital Partners. It aims to write tickets of €5 million to €25 million in companies with EBITDA of up to €10 million. Investor appetites for Iberia appear to be growing, with PE fundraising climbing 6 percent to €2 billion last year, as Side Letter noted last month.

PSG scores in Europe
PSG, a spin-out from media and communications specialist Providence Equity Partners, has held the final close on its debut European growth fund on its €1.25 billion hard-cap, according to a statement. PSG’s European team is based in London and will pursue buy-and-builds in lower mid-market software and tech-enabled service companies. The firm, which raised four US-focused growth funds under the Providence brand, became independent in October, per The Wall Street Journal (paywall).

Investcorp India
Bahrain-listed Investcorp has named Harsh Shethia as head of India. Shethia has been with the firm for 19 years in a variety of roles, including country head for Oman and head of the client servicing team, per a statement. Investcorp has deployed $190 million across 12 deals in India’s mid-market over the past decade. The move is timely: Indian PE activity has exploded during the pandemic as business owners become more receptive to capital injections, as PEI explored in November.

New York State Teachers’ Retirement System approved $375 million-worth of private equity commitments in Q4 2020, according to materials from the pension’s January board meeting.

NYSTRS also hired StepStone Group as its private equity and private debt investment consultant at the meeting. The firm’s tenure will begin on 1 February and will last for one year initially.

As of 30 June, the most recently released public data, NYSTRS had an 8 percent actual and target allocation to private equity.

For more information on NYSTRS, as well as more than 5,900 other institutions, check out the PEI database.