“SPACs generally have to spend their money in two years. If you put a gun to my head and said you have to buy a business in two years, I’d buy one but it wouldn’t be much of one.” 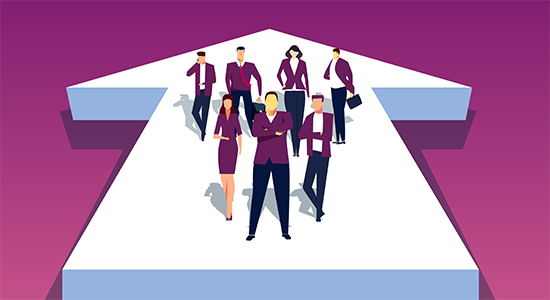 PE’s future leaders
Who are the future leaders of PE? That’s a question PEI addresses with its annual 40 under 40 ranking, which this year combed through more than 530 nominations and suggestions from industry sources to identify those who stood out for their leadership, displays of innovation and skill. This year’s cadre includes a 34-year-old LP who has been directly involved in over €6 billion of commitments across 20 PE funds; a 37-year-old fundraiser leading double-digit LP growth in LatAm and Asia, and a 39-year-old who’s acquired 52 companies in six years. Check out the full list.

DACH in action
Two private markets veterans have launched a placement agent focused on raising capital from DACH-based LPs. 51 North Capital was founded by Christian von Massenbach, a former DACH-facing MD in Evercore’s private placement group, and Fabian Pötter, former co-head of infra at Golding Capital Partners, per a statement seen by Side Letter. The firm, which advises specialist GPs in the European and North American mid-market, has already secured mandates across PE, private debt and infra from a mix of established and emerging managers.

“Allocations to alternatives from German, Austrian and Swiss institutional investors have been growing in size and PE is becoming a more important part of their overall allocation,” Pötter tells us. “Investors in the region are still catching up in that respect vis-à-vis more mature PE markets.”

Vista fund on the horizon
Vista Equity Partners has told LPs to “make room” for the firm’s next flagship fund later this year, according to affiliate title Buyouts (registration or subscription required). The firm is not expected to have too much difficulty in raising a successor to its $17 billion Fund VII, despite chief executive Robert Smith’s tax evasion settlement last year. As one long-time Vista LP told Side Letter in March: “We haven’t made a decision about their next fund, but we’ll probably commit. After all, the whole industry is built around trying to minimise tax payments.”

Blackstone’s PE leaders
Speaking of new leaders, Blackstone has created a number of leadership roles for its PE business, the Wall Street Journal reports (subscription required). Martin Brand and Peter Wallace – both previously co-heads of US acquisitions – have been promoted to head of North America PE and global head of core PE respectively. Mumbai-based Amit Dixit will become head of Asia PE, a move that is unsurprising given Blackstone’s zeal for India in recent years. The market is one of the firm’s best-returning investment destinations, and it has deployed $5.5 billion there in 2021 alone, per India’s LiveMint.

Rock, Mexico, hard place
Mexican PE is in an unenviable position when it comes to raising capital from development banks. Speaking on a Mexican Association of PE & VC Funds panel last week, Jochen von Frowein, director equity Latin America for Germany’s DEG, said the market was stuck between higher-yielding locales in Latin America and other regions more acutely in need of development. A mixed investment landscape hasn’t stopped PE firms such as StepStone, Ardian and Lexington Partners flocking to Latin America in recent years amid growing institutional demand for alternatives.

Pennsylvania State Employees’ Retirement System confirmed a commitment of $50 million to Providence Strategic Growth V following its 2021 investment board meeting, according to a press release issued on the pension’s website.

Penn SERS has a 16 percent target allocation to private equity which stands at 13.3 percent.

For more information on Penn SERS, as well as more than 5,900 other institutions, check out the PEI database.